STL concert will celebrate the music of legendary George Michael

Get ready for a brand new theatrical-style concert that chronicles the amazing journey that the late out singer, icon and undeniable legend George Michael had with music and his fans. Presented by Right Angle Entertainment, Maple Tree Entertainment, and Quatro Entertainment, the evening unfolds at River City Hotel and Casino on Tuesday, March 1, 2022 at 7:30 p.m.

The Life and Music of George Michael captures the performance and sound with concert style staging and lighting while telling his story through early music hits from Wham! and his illustrious solo career. 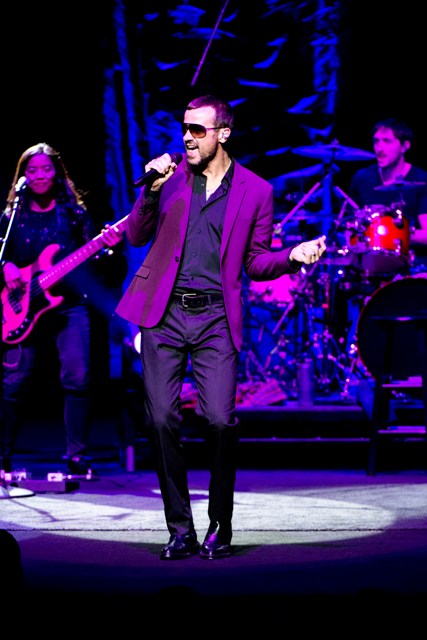 Tickets and show information can be found at www.TheLifeandMusicofGM.com.

“This show is going to honor George Michael’s career and be a celebration for his fans,” says producer Ralph Schmidtke. “Over the years, George’s popularity has continued to grow and The Life and Music of George Michael will give fans a glimpse of his life and hear all the songs they have come to love.”

The Life and Music of George Michael captures the performance and sound of one of the biggest international stars of our time. The show will have fans on their feet dancing and singing along to blockbuster hits including “Wake Me Up Before You Go Go,” “Freedom,” “Faith,” “Careless Whisper,” “Father Figure,” and many more.

Michael, who died on Christmas Day 2016, sold over 115 million albums spanning four decades and rose to fame as a member of Wham! in the early 80’s. He went solo in 1987 with “Faith,” one of the biggest albums of all time. The album had four number one hits including “Faith,” “Monkey,” “Father Figure,” and “One More Try.” He won two Grammy Awards, three Brit awards, three American Music Awards and four MTV Video Music Awards.

The producers of The Life and Music of George Michael will also be donating $1 per ticket sold to Gods Love We Deliver to help serve the community and those living with HIV/AIDS, cancer and other serious illnesses.

For more information including on sale dates, a tour schedule and tickets visit www.TheLifeandMusicofGM.com.