What's in a Name? The Stories Behind Pride St. Louis' Community Service Awards

You hear their names each June when Pride St. Louis announces its annual community service awards, but many of our younger readers know little to nothing about those whose names grace the engraved glass presented to our LGBTQIA community's movers and shakers each year. To that end, #Boom Media is obliged to reintroduce them to you. For each has a special story and left a lasting mark on both the pride movement and our tribe. 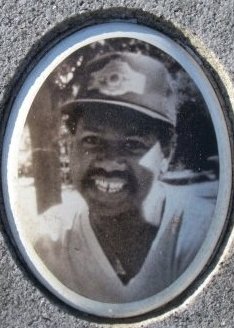 On March 1, 1987 LGBT St. Louis lost an individual who quietly and unselfishly served our community with pride for many years. His name was Felton Taliaferrio Day.

Many may not have known his name, but undoubtedly saw him mixing away for many years at the DJ booth of Martin's, arranging a benefit show for countless organizations, or on stage himself as Felicity Jones of the T.W.I.T.'s.

Whether it was a community fundraiser or just lending a hand to an individual, Felton was always on hand running lights/sound, decorating stages, costuming, and generally giving of his own good spirits for the betterment of his community. Indeed, Felton left a lot of loving friends. 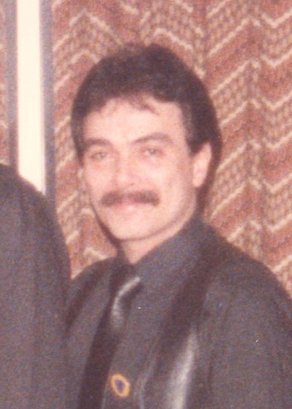 Chuck Charleston was known for many years within the St. Louis LGBT community. He was ever-supportive of local organizations' energy, talents, and dedication. Chuck was an early supporter of the local pride celebration efforts and was always there ready to pitch in and work wherever needed.

Many people remember Chuck as the uber talented DJ and later manager of Faces, as well as a long time employee of its predecessor, The Red Bull in East St. Louis.

Chuck Charleston died on April 21, 1988 and is remembered in our community for his involvement—both public and private—in many causes and charities. He worked with many among us, lending his support and resources to numerous local events, and often doing so quietly behind the scenes, receiving little credit.

Lisa Wagaman was omnipresent in the St. Louis LGBT Community.

A native of New Jersey, Lisa relocated to St. Louis in 1972. It was the heyday of the early LGBT rights movement and Lisa became intimately involved in the formation of the local MCC Church, Mid Continent Life Services Corporation (Our first LGBT Center), The Hotline and The Magnolia Committee (which later became Pride St. Louis).

An out transwoman, Lisa was one of our community’s greatest cheerleaders and could be found at events both large and small from grass roots organizing to helping orchestrate the 1987 National March on Washington.

Known as Missouri’s only official “Dyke” after a brief fight with the state to keep her unique license plate, Lisa was a dedicated member and frequent officer of Pride St. Louis from its inception until her death on April 15, 2009 at age 65.

In June 2009, The Lisa Wagaman Lifetime Community Service Award was created in her memory to honor an individual who has spent much of their life to further the pride movement and LGBT causes.

For those who served with him on Pride St. Louis, he is remembered as a dedicated officer, and more importantly, a friend.

Jim served as Pride St. Louis' treasurer, in a time when the organization needed him most. He provided PSL with sound advice, a stable foundation which would help future PSL treasurers, and kept the organization focused on maintaining their fiscal responsibilities to the St. Louis LGBT Community.

But Jim was more than just numbers. His interests and background included his wonderful partner, Richard, as well as his work with both the Gateway Men's Chorus and MCC. He was also once a member of the clergy. Jim is remembered as someone who was unafraid to confront issues and speak his mind. His voice lent so much to Pride St. Louis and helped to shape out how St. Louis views pride today.

Jim's compassion, intellect and drive to excel is still missed by Pride St. Louis and many others in St. Louis. In light of the fact that he worked tirelessly for other organizations within the community, Pride St. Louis honors his name with their Community Service Award founded in 2009.