Indianapolis has always felt like a second home to me. I used to publish a gay magazine there called UNITE a few years ago, so I was frequently visiting the city. This time, I wanted to experience things that I may not have had the chance to see on previous visits. 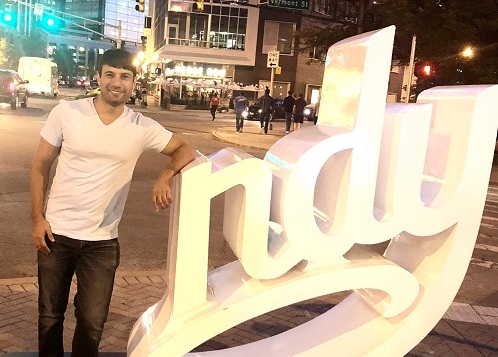 One event of major interest was the Lambda Legal Indiana Benefit gala which took place at the Indy Public Library, a stunning building located in the heart of the city. The Indiana Benefit was conceived in 1999 by a group of visionary individuals seeking to advance the civil rights of LGBT people and those living with HIV, in Indiana. That vision and dedication to Lambda Legal’s mission and work in Indiana have yielded some of the most important and strategic legal victories our community has experienced in the past decade, including the freedom to marry.

In 2017, it was an Indiana case that won a federal court victory affirming that workplace discrimination based on sexual orientation violates federal civil rights law. This year, the benefit honored philanthropists Neil Bagadiong and Kevin Warren, the Indy power couple who was instrumental in the Pence Must Go campaign that was enacted during Mike Pence’s final term as Governor of the state. They also host a weekly pool party for the community at their home during the summer. 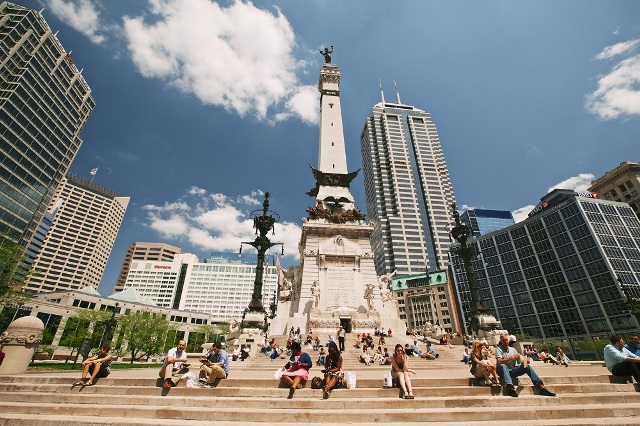 After the benefit, the party continued at Tini on Massachusetts Avenue, a gay-owned martini bar which has become the city’s hotspot for the see-and-be-seen gay crowd. Mass Ave., as it is called by the locals, is a vibrant street lined with restaurants, boutiques and nightlife establishments catering to both a gay and straight audience.

A few blocks away is Forty-Five Degrees, a beautiful gay-owned restaurant and sushi bar, which hosts numerous drag shows and LGBT benefits throughout the year including a fashion show leading up to Indianapolis Pride.

After a night of partying, I headed back to my hotel, the newly renovated Hyatt Regency. The centerpiece of the property is their open-air atrium but also worth visiting is their swanky rooftop restaurant offering unobstructed views of Indianapolis. The rooms at the Hyatt were spacious and comfortable, with some rooms offering separate sleeping and living areas in addition to huge bathrooms. 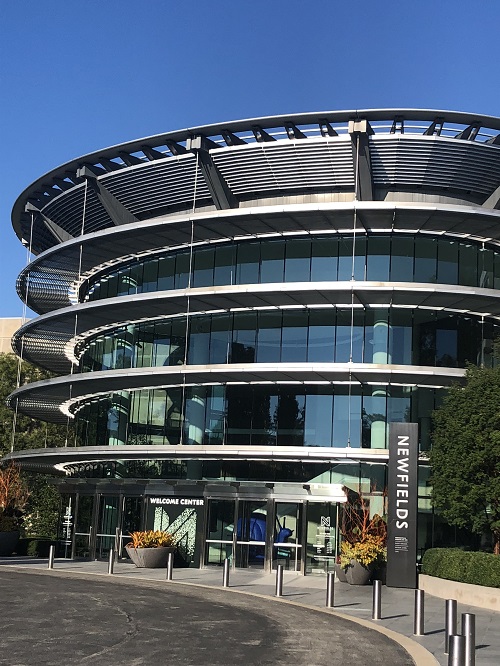 The next morning, I woke up early to head to The Indianapolis Museum of Art at Newfields for an LGBTQ photography exhibition of renowned, American photographer George Platt Lynes. The collection of photographs is on loan from the Kinsey Institute at Indiana University. Lynes’ visionary work catapulted him to notoriety as a New York-based commercial fashion and ballet photographer but resulted in his drift from the spotlight when it was revealed that he photographed male nudes as well. Lynes also turned his lens on his social circle—the artistic and literary minds of the mid-20th century—who accepted him as a gay man during a period of harsh anti-LGBT laws in America. The provocative photographs, include nude works, are a must see and are on exhibition through February.

If you’re in the mood for a quick bite, I would suggest visiting Broad Ripple, a cute neighborhood north of downtown consisting of cafes, lively brewpubs, vintage clothing stores and a live music venue called The Vogue. Broad Ripple Park is located along the White River and is part of the Monon Rail Trail, popular with joggers and cyclists. 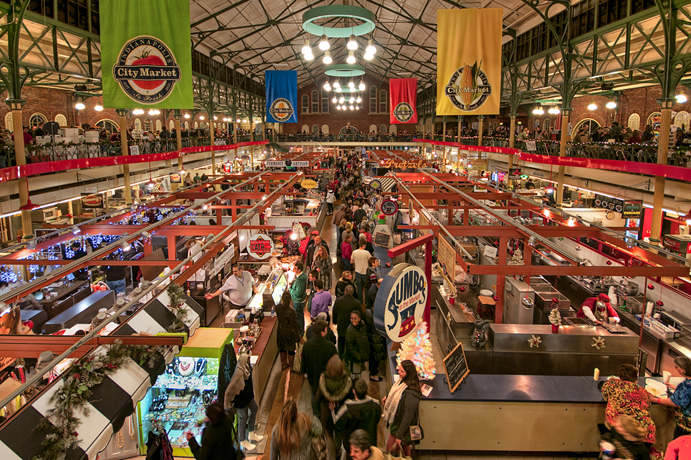 After lunch head to the Indianapolis City Market for a guided tour of the Catacombs, a Roman-looking expanse of brick arches located beneath the market. The Catacombs qualify as both a ruin and a redevelopment opportunity. They’re what remains of Tomlinson Hall, an imposing building whose main hall seated 3,500 people. Dietrich Bohlen designed the hall in 1886 to complement his earlier work at City Market. Tomlinson Hall burned in January 1958, but the Catacombs contain scores of brick barrel-vaulted arches that remain from what was the basement of Tomlinson Hall. 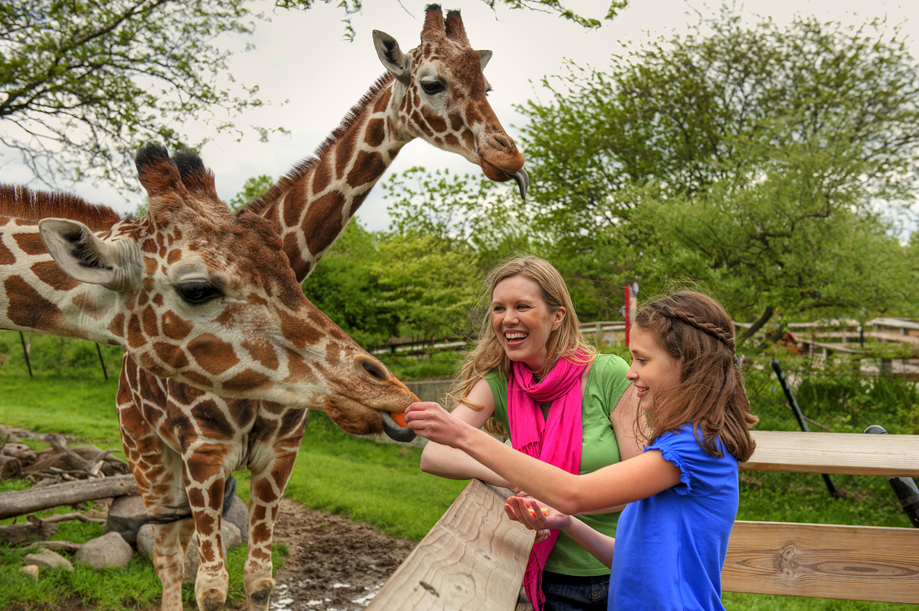 If you have time after visiting City Market, head to the Indianapolis Zoo for a once-in-a-lifetime experience creating art with a rhinoceros. Before meeting the rhino, guests are asked to select a color scheme for their painting and as the zookeeper tells you about the beautiful animals, the rhino begins to create a unique masterpiece with its horn over the course of about 10-15 minutes. This unforgettable experience is also available with penguins, walrus and dolphins.

What many people don’t know about the zoo is that is one of the leading zoos in animal conservation in the country, awarding the prestigious Indianapolis Prize. Through a monetary award of $250,000, the Prize recognizes the accomplishments of one heroic individual who has made significant strides to save a species from extinction. The Indianapolis Prize was created by the Indianapolis Zoological Society as part of its mission to empower people and communities, locally and globally, to advance the cause of animal conservation. Past Indianapolis Prize Winners include Dr. George Archibald, the co-founder of the International Crane Foundation, George Schaller, Ph.D., known as one of the founding fathers of wildlife conservation, and Iain Douglas Hamilton, Ph.D., founder of Save the Elephants. 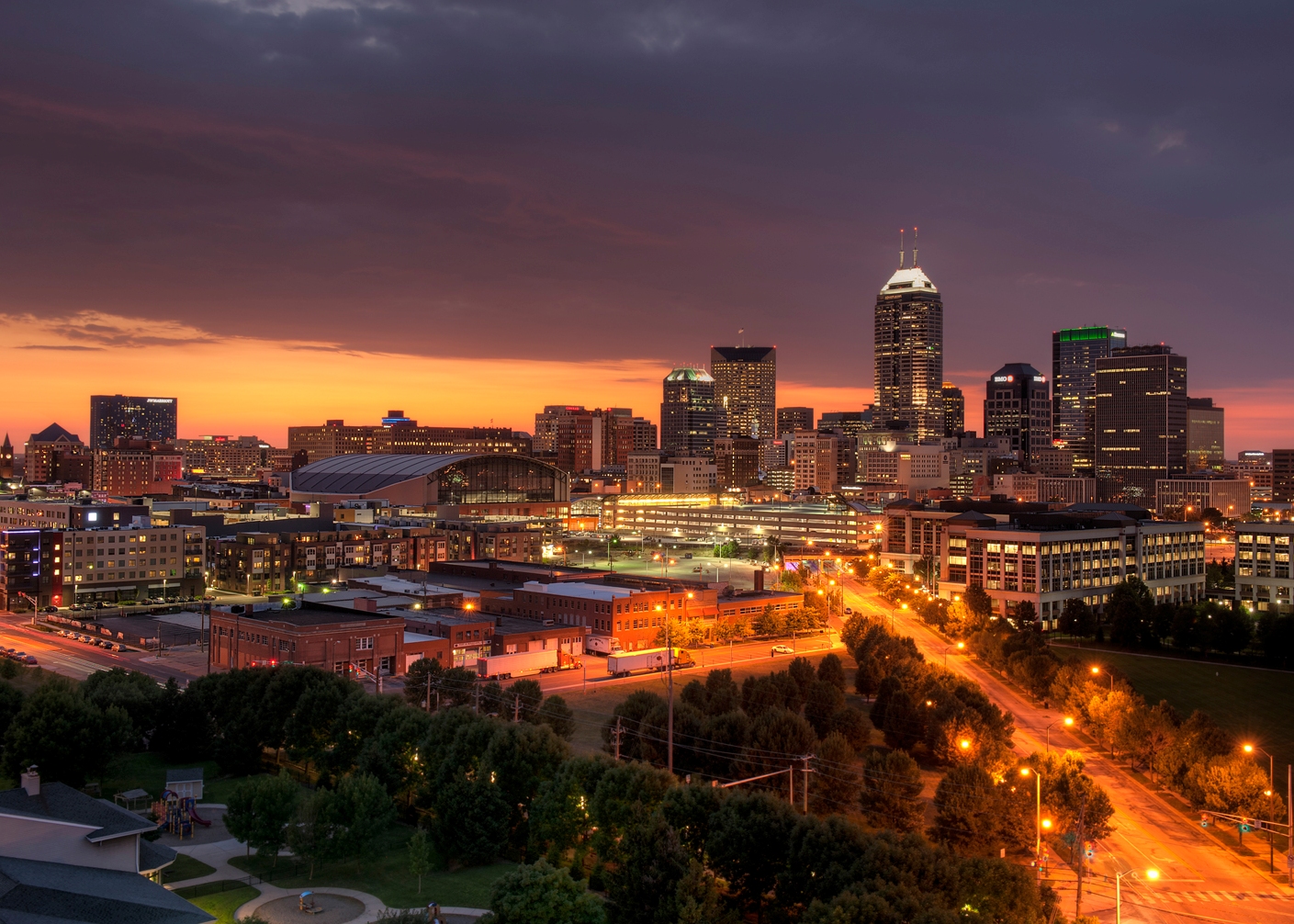 For dinner, I headed to Tony’s, a new restaurant located across the street from the Hyatt Regency which will make you feel as if you are dining in an upscale New York steakhouse. Instead of ordering an entrée, I decided to opt for two appetizers instead, since I was attending the Taylor Swift concert at Lucas Oil Stadium later that evening. The Calamari with pepperoncini, cherry tomatoes, and garlic aioli were light and flavorful and the Prince Edward Island Mussels in a lobster tomato saffron broth with garlic and chorizo were plump and delicious. At first glance, the prices looked a bit steep, but once the selections arrived, I realized I could have invited a few friends to share the over-sized portions. I was even greeted by Tony himself during my visit.

In recent years a few of Indy’s LGBT nightlife venues have shuttered but the city still offers a nice variety of establishments including Greg’s, English Ivy’s and Metro Nightclub. Greg’s offers a dance room and patio with decently priced drinks and friendly crowd, while English Ivy’s features a full menu and separate bar area for mingling.

Indianapolis is home to many LGBT organizations, most notably, Indiana Youth Group (IYG) a drop-in center for youth ages 12-20 that identify as LGBTQ+. Youth who are allies to LGBTQ+ folks are also welcome to the facility which provides services, activities, affinity programs, referrals, and serves as a safe space for the community. The city also boasts a division of PFLAG and the Indy Rainbow Chamber, a bi-partisan group for LGBTQ business owners, employees and allies. 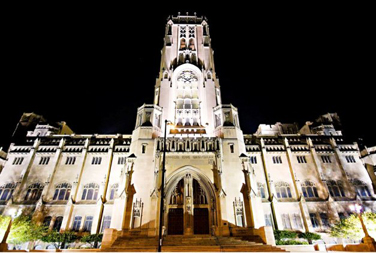 A little secret about Indianapolis that I find extremely intriguing is the city’s Masonic influence. Indy was designed by the same city planner as Washington D.C. and features many architectural structures worth visiting included the Scottish Rite Cathedral, Indiana Freemasons' Hall, a giant obelisk fountain and the Indiana War Memorial. I highly recommend taking a free tour of the Scottish Rite Cathedral led by a Freemason himself who will tell you stories about the secret society and its influence in Indianapolis.

Before leaving Indy, go to brunch at Milktooth, a wonderful restaurant in the Fountain Square neighborhood, which was recently named to Conde Nast Traveler’s “World’s Best Restaurant” list. The restaurant was opened in 2014 by Jonathan Brooks, and features locally sourced produce to create its delectable creations.

Joey Amato is the publisher of Pride Journeys, a website dedicated to LGBT travel. Joey has spent over a decade in LGBT media and public relations and currently resides in Nashville, Tennessee. He can be reached at joey@pridejourneys.com