Milano as a city may stand for modernity and innovation but when it comes to Christmas, tradition finds its proper place. Every year the Christmas spirit lights up the whole city for a month of events for everybody, from the major squares to Galleria Vittorio Emanuele, from La Scala to the historical fashion and shopping stops.

Milano’s deep soul, always able to draw on its history in new ways, is on show starting from December 7th, when the City celebrates its holy patron, St. Ambrose, and La Scala inaugurates its new season with a performance-event much to be talked about in the media. The work chosen by Maestro Riccardo Chailly for 2018 is Giuseppe Verdi’s Attila, directed by Davide Livermore, a director and a light-designer guaranteeing originality. It will be possible to follow La Scala’s Opening Night in various theatres and public locations, including Galleria Vittorio Emanuele, where it will be shown live free, thanks to the Prima Diffusa project. Furthermore for the whole week Metro stations and other central spots of the city will resonate with music of Attila, while there will be a choice of meetings, concerts and exhibitions on the subject of Verdi’s opera. 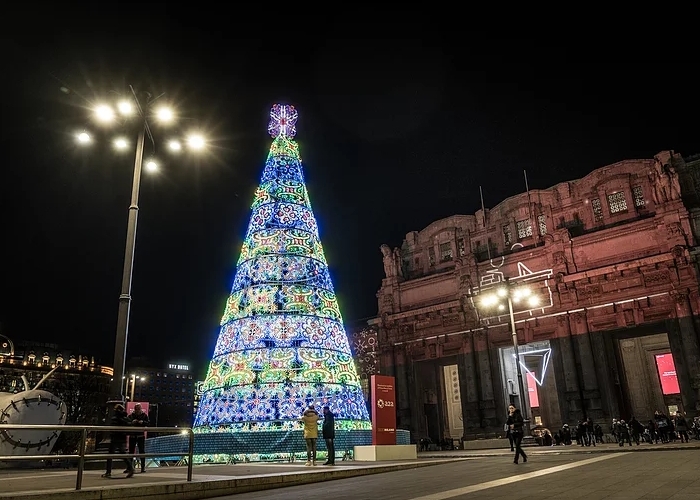 Milano is also of course Italy’s privileged destination for shopping and in the days around December 7th the choice gets even richer and caters to every taste: one can range between the luxury of fashion shopping in the Quadrilatero della Moda or Fashion District, between via Montenapoleone and via della Spiga, where the pret-à-porter brands are concentrated, to Milan’s Botteghe Storiche, where craftsmanship and quality are handed down generation after generation, and can be discovered walking through areas quite close to the city center. For those who love traditional Christmas markets, the Oh Bej, Oh Bej is back: for centuries it has offered visitors delicatessen, sweets, handicrafts and a hot cup of mulled wine – it is now held by the ramparts of the Castello Sforzesco. The name Oh Bej, Oh Bej (pronounced Oh Bey) comes from the Milanese children’s traditional cry of “how beautiful, how beautiful…” when shown the toys and sweets on sale. Almost at the same time, on December 9th the Milano Rho Trade Fair exhibition grounds hosts L’Artigiano in Fiera (The Artisan at the Fair) the market – exhibition dedicated to Italian and international craft. Once there, it is impossible not to get lost among the various stands, looking for that last Christmas present or tasting foodstuffs from all parts of Italy and most of the world. After the weekend the stalls will not disappear: that’s the moment in which new markets open across the whole city, starting with the one in Piazza del Duomo, around the cathedral.

Christmas lights are another classic and in recent years Milano has started to develop this tradition creatively and with an artistic bent. Right at the heart of the city the great Christmas tree in Piazza del Duomo, selected every year with an eye to sustainability, is lit up during an opening event. Not only Piazza del Duomo, but the whole city brightens with light installations, from the Galleria’s spectacular vault to the street illuminations far from the city center, to the locations included in the Luci a Milano (Lights in Milan) project, which will transform a significant number of squares in a great artistic Christmas Lights Show. 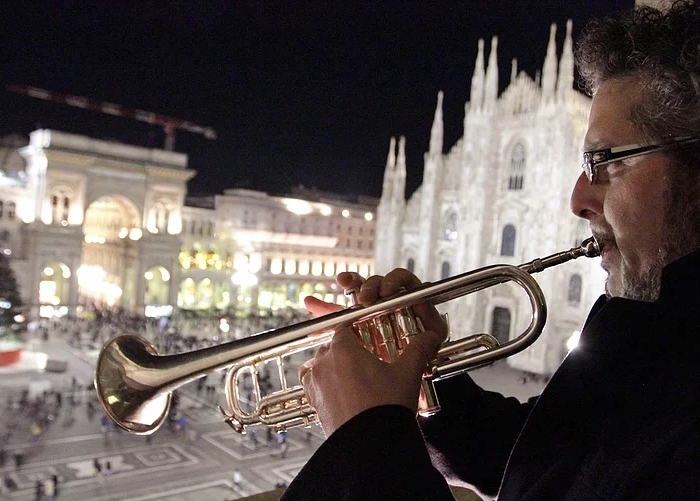 Christmas in Italy means panettone, the not-to-be-missed typical Milanese cake well-liked all over the world: it has been reserved a special celebration, and in 2017 the largest handmade panettone ever (2 meters high and 140 kilos) was portioned out to 1200 persons in the Galleria. Legend has it that this currant and candied orange-stuffed cake was invented in the 15th Century by a kitchen apprentice at the court of the Duke of Milan, Ludovico il Moro, and was actually a last-minute solution in place of a mismanaged and more complex dessert.

For the eleventh year in a row, Palazzo Marino (the City Hall) hosts for the whole Christmas period an artistic masterpiece on loan from an Italian museum – it can be visited free of charge. In the last editions thousands of people have been able to admire works by Titian, Rubens, Canova, Caravaggio, De La Tour, Leonardo. There’s no shortage of great temporary exhibitions at Palazzo Reale either: Picasso, Metamorphosis, in which Picasso’s works converse with classics of ancient art on loan from collections across the world and Carlo Carrà, one of the Italian 20th century masters, on his journey between Futurism and Symbolism. 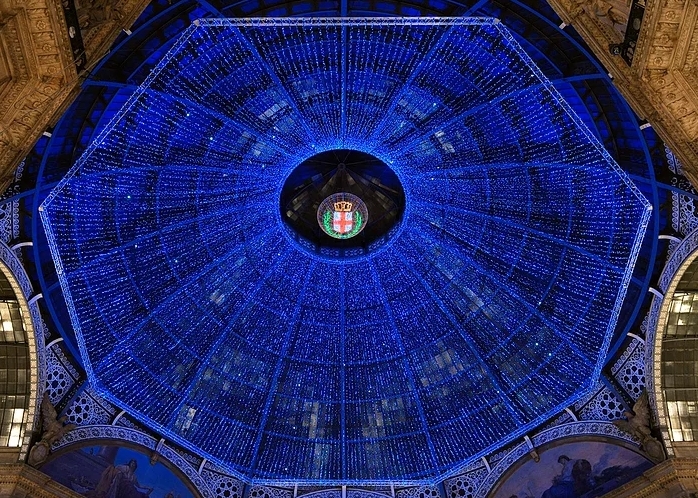 Milano has a special way to celebrate the coming of Christmas and that is the Advent’s Musical Calendar. Every December evening the windows of a palace in Piazza Duomo light up and open for 30 minutes of festive music, a musician behind every window: it all starts with one musician on December 1st, then two musicians on December 2nd and so forth until the full display of twenty-four musicians on Christmas Eve. This is of course not the only musical event at a time of the year that has its own exclusive soundtrack: among the many offers the traditional Christmas concert in Piazza Duomo, offered to citizens and visitors a few days before Christmas itself, featuring famous classical ensembles and choirs every year, and New Year’s Eve Celebration in Piazza Duomo, which has seen onstage, waiting for midnight, famous artists such as Mario Biondi, Vinicio Capossela or bluesman Bombino.

Finally, as on every winter, some season classics will of course be available, such as Christmas villages dedicated to children and various ice rinks for skating. Traditional and innovative, festive and intimate, Christmas in Milan is there to be discovered, with a rich calendar of events and quality experiences to make the most of.

Joey Amato is the publisher of Pride Journeys, a website dedicated to LGBT travel. Joey has spent over a decade in LGBT media and public relations and currently resides in Nashville, Tennessee. Joey can be reached at joey@pridejourneys.com.