Travel | Get a Rise Out of Phoenix/Tempe

The last time I was in the Phoenix area was 2005, so when I was offered a chance to visit the city again, I jumped at the opportunity, especially since this trip would coincide with Phoenix Pride. The temperature in the spring and fall is quite tolerable and enjoyable so I would plan your vacation during those seasons, unless you are an avid heat seeker.

I really didn’t recognize any part of the city, so jumping on a pedal cab for a quick tour of downtown was the best way to orient myself. I met up with my friend Josh Rimer aka Mr. Gay Canada, and we were on our way!

Our wonderful tour guide Billy was a hoot. He knew everything about every nook and cranny of the city from the history of buildings to the meaning of some of city’s most iconic murals. He knew we were in town for gay pride, so he included some information about the city’s LGBT history and culture.

Before checking in to our hotel, we stopped for lunch at The Churchill, a locally owned community-driven gathering spot in the heart of the Roosevelt Row neighborhood. Ten small businesses surround an open-air courtyard intended for dining, drinking and socializing. The space hosts a variety of speakers, art events, and fitness classes throughout the year.

If you’re craving a bit of luxury, check in to the magnificent Fairmont Scottsdale Princess. It’s one of the most LGBT-friendly resorts in the region and is set against the picturesque McDowell Mountain range. The sprawling Southwestern-style complex features 750 guest rooms, six heated pools, and a 44,000 square-foot Well & Being Spa.

Spa culture is big in Scottsdale, with many properties offering unique treatments highlighting their natural surroundings. The Phoenician offers a wonderful Body & Soul treatment that is not to be missed.

Speaking of spas, we ventured off the beaten path to explore another renowned spa resort called CIVANA. Traveling can be fun, but also stressful, so I chose a relaxing treatment combining 10 different aromatherapy blends. While at CIVANA, take part in a sound bath class, where an instructor creates vibrations using singing bowls made from various healing crystals. All you need to do is relax while the sounds melt your worries away.

For the adventurous type, try aerial yoga. This is not your run of the mill yoga. In fact, it wasn’t relaxing at all. It was more like a Cirque du Soleil training camp. I tried my hardest to keep myself balanced while suspended in mid air by nothing but cloth. Of course, my fearless instructor made me go upside down and swing from side to side while a flimsy sheet was supposed to support me. After I got over my fear, I enjoyed the class. The entire experience was fun but more of an upper body workout than a yoga class. 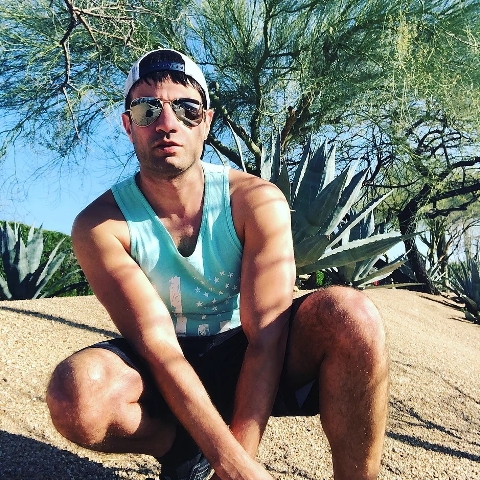 While in Phoenix, visit the Desert Botanical Garden, a collection of more than 50,000 arid plants gathered from deserts from around the globe. We recommend visiting when the garden first opens to avoid the scorching heat. The Garden also offers evening tours, which although we didn’t get to experience, we heard were a great way to view the property.

Not too far away is the Musical Instrument Museum (MIM) which displays a collection of 6,800 instruments from 200 countries and territories. Most of the displays are enhanced by audio and video technologies that allow guests to see the instruments, hear their sounds, and observe them being played. During our visit, the MIM featured a special exhibit on Arizona native and rock legend Alice Cooper.

All this touring got us thirsty, so it was time for some cocktails. Since we landed in Phoenix, all we kept hearing about was a place called The UnderTow. But after I said I needed to research it, people told me not to, and just go. Guests enter The UnderTow through Sip Coffee & Beer Garage, which happens to be a converted Jiffy Lube. The downstairs area – where mechanics worked on vehicles – has been transformed into a subterranean tiki bar complete with sound and visual effects that made guests feel as if they were stranded in the middle of the Pacific Ocean. Not to be outdone by the décor, the bartenders know how to make one hell of a cocktail.

After drinks, it was time to celebrate gay pride. Phoenix Pride is one of the first festivals to kick off pride season and attracts over 40,000 revelers during the two-day festival and parade. This year’s festival featured headlining performances from Ada Vox, Kim Petras and JoJo. 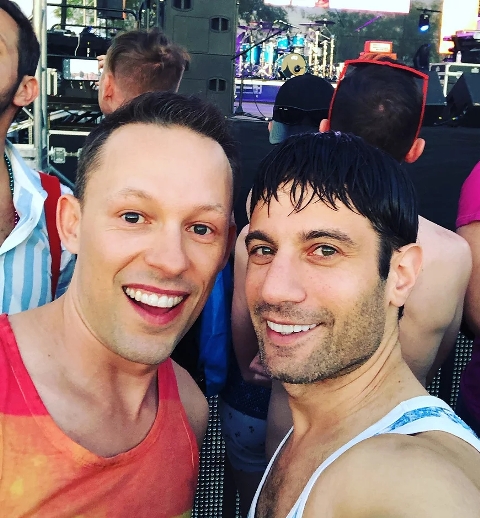 The bars came alive after Pride, as in most cities. We didn’t get to experience many that night due to immense crowds, but we did visit Stacy’s @ Melrose, and got to meet Stacy himself. Next time around, I would love to swing by Charlie’s and Kobalt to get a feel for the local LGBT community.

The next day it was time to explore Tempe and the first item on the agenda was a pop-up art experience called The Scene. The Instagramable paradise featured 11 uniquely designed rooms ranging from a disco room, to a bathtub surround by rubber ducks and a glow-in-the-dark slinky room. The owners of the exhibition are from Tempe and plan to bring the exhibition on tour. If it comes to your city, make sure to check it out. It’s a fun place for both kids and adults to explore and work on your selfie taking skills.

While downtown Phoenix has a corporate feel, downtown Tempe definitely has a collegiate vibe, due mostly to the presence of Arizona State University. College students are seen parading around the city on bikes and scooters past rows of rainbow flags and a giant rainbow chair in the heart of downtown which the city installed to celebrate gay pride. The city doesn’t have any gay bars or clubs, but locals are quick to let you know that every bar in Tempe is welcoming to the LGBT community.

In the center of the city is A Mountain…as in the letter A, which is prominently displayed on the side of the mountain. To get the best view of the city, hike to the top in the early morning. For the perfect sunset view, try an evening hike. Bring lots of water as the hike looks deceivingly easy from the street level, but as you begin to ascend, grows extremely challenging especially as you begin to navigate the sharp rock formations towards the top of the mountain.

For dinner, head to Culinary Dropout, a trendy gastro-pub in downtown popular among the college crowd, which specializes in craft cocktails and delicious, reasonably priced cuisine. Start off the meal with an order of Soft Pretzels with Provolone Fondue and Prosciutto Deviled Eggs. I would also recommend trying the Ma…the Meatloaf and Rainbow Trout, which is served with green beans, toasted almonds and caramelized shallots. The staff at Culinary Dropout is also very easy on the eyes so I think you’ll enjoy this place.

After dinner, check in to the Moxy, a Marriott branded hotel designed with the millennial traveler in mind. Instead of a stuffy reception desk, guests at the Moxy are greeted by a reception area that also doubles as a bar. The hotel lobby contains an oversized Jenga game, pool table, foos ball table and 2 arcade pinball machines in addition to many cool seating areas where guests can gather. Tempe was the first city in the United States to open a Moxy and it has become a favorite among visitors.

There is so much to do in both Phoenix and Tempe, I recommend a minimum of a week to explore the cities and maybe even take a day trip to Mesa or Sedona. Whichever season you decide to travel in, you will have a blast.

Joey Amato is the publisher of Pride Journeys, a website dedicated to LGBT travel. Joey has spent over a decade in LGBT media and public relations and currently resides in both Nashville, Tennessee and Indianapolis, Indiana.