For years I’ve heard about Aspen Gay Ski Week, but it wasn’t until this year that I decided to take the journey out to Colorado to experience the event for myself. Now in its 43rd year, Aspen Gay Ski Week attracts guests from around the country, and possibly around the world.

For most, there are two ways to get to Aspen. The first is to fly to Denver and then take a connecting regional jet or drive 4 hours through beautiful Rocky Mountain terrain. My guest and I decided the drive would be fun, plus we would get a chance to spend some time in Denver. After speaking with the locals, I would actually recommend this route because it will help your body adjust to the altitude. Altitude sickness is definitely a thing, so don’t take the warnings lightly. Drink lots of water throughout your stay and watch your alcohol intake. One drink equals about three in the mountains. 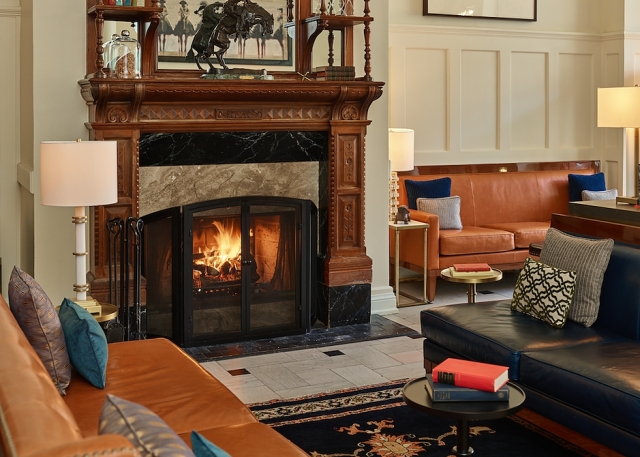 Spend a night at the historic Hotel Oxford in Denver, which I was excited to find out is also a haunted hotel. It is the oldest hotel in the city and a ghost is said to maintain residency in one of the rooms. The upscale property boasts a wonderful Bourbon Happy Hour every evening in which guests get a chance to sample a variety of wonderful bourbons.

Connected to the hotel is Urban Farmer, a restaurant that serves brunch every day of the week. How can you go wrong? If you are really hungry, order the Mile-High Omelet. Or, try the Chestnut-Banana Breakfast Bowl served with muesli, clementine, strawberry and an almond brown sugar crunch if you are in the mood for something a bit lighter.

If you only have one day to explore Denver, it will be hard to squeeze in all the must-see sights but if you have time, head to the Denver Botanic Gardens or Denver Art Museum, which during my visit hosted a sold-out Claude Monet: exhibition featuring more than 120 paintings spanning Monet’s entire career. If you just want to see some highlights, order an eTuk (electric Tuk Tuk) to whisk you around the city.

Stop for dinner at El Five, one of the city’s newest dining establishments. The restaurant has a beautiful view of downtown so try to get a table by the wall of windows. Order a few tapas for the table to share or if you are in the mood for something a bit heartier, try one of El Five’s paella options.

After dinner, head to Capitol Hill, the epicenter of LGBTQ nightlife. Remember, don’t go too wild because the drive to Aspen to long and a bit tricky depending on the weather. Party with the locals at Tracks, Charlie’s, X Bar or Triangle.

The road to Gay Ski Week in Aspen could be quite adventurous. You never really know what the weather will be, and it could turn on a dime in the mountains. Luckily, we were met with clear skies on both our drives to and from Aspen, but the Friday during our stay saw 10 inches of snow fall and shut down major roads into the city, stranding some revelers for hours. 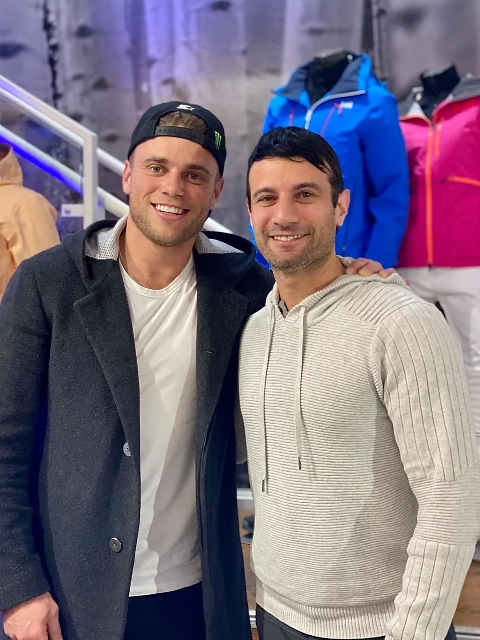 Even Olympic medalist Gus Kenworthy was no match for the winter storm. He was scheduled to appear at Four Mountain Sports but was delayed over an hour due to the harsh conditions.

I had never been to Aspen before and wasn’t sure what to expect. As you drive along I-70, twisting through the steep mountain peaks and tunnels, you begin to envision what the ski town will look like. Aspen is an old mining town, founded in the 1870s and its deep history can still be seen today in some beautifully preserved buildings. As you wander around the narrow streets, you can see old mixed with new, evident by the contemporary design of the Aspen Art Museum. Even the glamorous boutiques like Chanel, Gucci and Dior are housed in historic buildings, which add to the city’s mystique.

The Limelight Hotel Aspen is ground zero for all things Gay Ski Week including a daily activity known as Après Ski, which loosely translates into after ski drinks and conversation with friends. Even non-guests of the hotel would gather daily in the lobby for this Aspen tradition. Limelight is located in the heart of the city and a few blocks from the base of Aspen Mountain. The hotel offers a complimentary buffet breakfast as well as shuttle service, making your stay even more enjoyable since you won’t need a car or rideshare. Our room at Limelight was nothing short of magnificent. The Cathedral Suite features a full kitchen, dining and living room complete with a wall of windows offering breathtaking views of the mountains.

Aspen Gay Ski Week events change on a daily basis. On the evening we arrived, many boutiques and art galleries stayed open late for Aspen’s Fashion & Art Night Out. The following night featured a comedy show with Julie Goldman and Alec Mapa held at Belly Up, followed by a dance party at the venue. 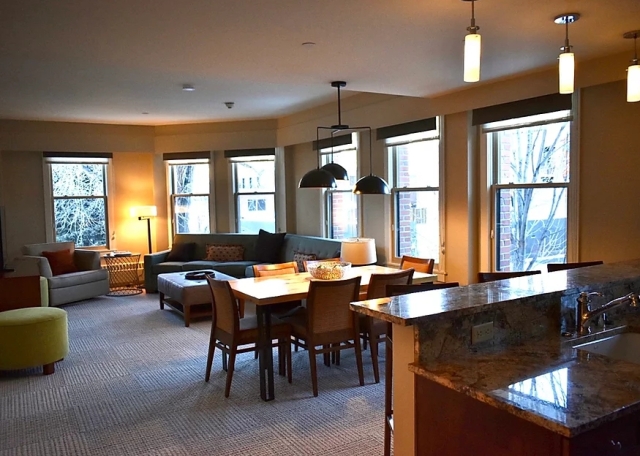 However, one of the most anticipated events of the week is the Downhill Costume Competition, where teams of skiers dress up in a theme and ski down Aspen mountain. I can’t even ski in regular attire, but some of the outfits ranged from Dolly Parton and Kenny Rogers to Olivia Newton John-inspired costumes with the team performing to her hit “Physical” on stage, after skiing down the mountain. The event was hosted by Sister Helen Holy, quite simply one of the funniest, quick-witted drag queens I have ever seen. Sister Helen had the crowd roaring with laughter throughout the entire event, which happened to be during that storm I mentioned earlier. The snow made for an even more magical afternoon.

What gay event would be complete without some dance parties? Later in the evening, head to Top of the Mountain for The White Party. With the temperature hovering in the single digits, we boarded a gondola and headed to the top of Aspen mountain. The ride takes about 15 minutes to ascend to the 11,000-foot summit, sometimes in pitch black conditions. It was both exciting and scary at the same time as there were moments when you literally couldn’t see a foot in front of you.

Once you arrive at the Sundeck, you are greeted with hosts serving well-needed Champagne and DJ Blacklow spinning as hundreds of revelers, dressed mostly in white, dance the night away. The crowd was one of the most diverse crowds I’ve seen in a while. Gay, straight. Male, female. Young, old. It didn’t matter. Everyone was there to have a good time and party in sky.

I would be remiss if I didn’t mention the fact that Aspen is quite expensive. It is a town visited by the super-rich, so keep that in mind before you go. A meal at one of the towns fabulous restaurants liked Pinons or Acquolina can easily set you back $100 per person if you order a drink with dinner. There are some less expensive options but just be prepared to spend a bit more than anticipated.

I mentioned my lack of skiing ability earlier, so I decided I needed some lessons before heading out on the slopes. You can book private or semi-private lessons through the Aspen Snowmass website and I highly recommend you do so if you are a novice skier. Our instructor, Pat Vaughan was wonderful and very patient with me and my lack of hand-eye coordination. I only fell a few times and slightly bruised my knee but all in all, it was a successful experience.

Aspen Gay Ski Week comes to a close with their infamous Pool Party, held at Aspen Recreational Center. This year’s party was hosted by Tito’s Vodka, Suerte Tequila and Bud Light and as you can imagine, was filled with guys wearing as little clothing as possible.

In all, the week was a wonderful experience, one that people come back to enjoy year after year. I reconnected with old friends and made some new friends along the way. I can’t wait to see what’s in store for 2021.