First, let me get this out of the way: I’ve been fortunate enough to be able to travel to many places but, as of this writing, Ireland is absolutely my number one holiday choice. That may color my enthusiasm of this article. 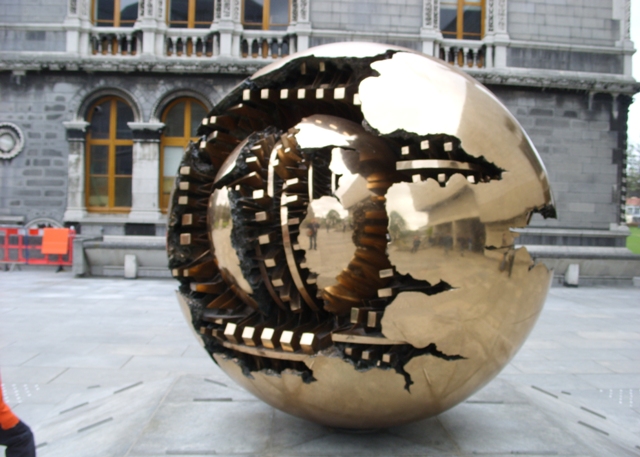 The approach my companions and I took to Ireland is one that many travelers take, and that was to start our journey in Dublin and then travel by car around the country. It is small enough that you can get to many of the “must see” locations within a week without feeling rushed. Let’s start with Dublin: it is as much of cosmopolitan city as any I’ve been to, but doesn’t seem like it shares the hustle and bustle of other big cities. There is a relaxed, centered feeling about the city, and one of the best places to start exploring is the Temple Bar area, a splendid blend of bars, restaurants, street performers and pubs. Although it is touristy, is also friendly; and it is not uncommon to see gay couples around this area. There is sense of individuality in Ireland, and comfortable for same sex couples visiting. Highlights of Dublin was a visit to Trinity College, where the Book of Kels (an ancient bible manuscript) is on display; and touring the grounds including a stop at the Trinity Library, that looks like something out of Harry Potter.

From Dublin, we grabbed a car and headed south. At the car rental agency, we inquired about getting a GPS for the remainder of our trip; to which the attendant responded (with a broad smile), “…we’re a small island. If you get to the water, turn.” And that is pretty much what we did.

First step was the Glendalough Mountains, where we visited a monastery that was built in the 6th century. This is located in a glacial valley, and is utterly pristine and, yes, very green. There was something a bit magical about roaming around the site, which includes a cemetery with grave sites with headstones that are so old, they are indecipherable. The day I was there, it happened to be cloudy and raining, which only added to the mood of the place. In the small village up the road, we stopped at an Irish wool shop, and looked through piles sweaters, scarves, hats and other trinkets. 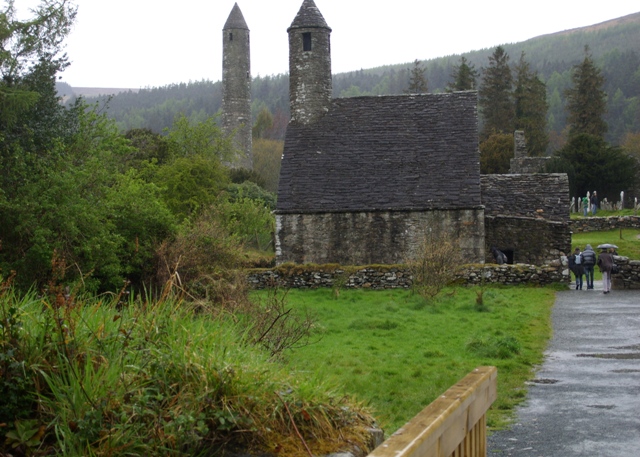 There are any number of roadside inns and pubs, and you have to do yourself a favor and pick one to experience more local culture. We happened into an inn near Glendalough, where the entire wall of one side of the building was a massive old fireplace, bricks blackened with years of exposure to roaring flames, and where everyone was friendly and the mood was festive.

Onto Waterford, the charming coastal city that is the home of the crystal factory that bears it’s name. Touring the Waterford factory is a must-see, as you are steps away from master craftsmen creating utterly amazing works of art. Outside of that, Waterford was quiet – we were there off-season- so we used our few days there as a launching point to visit other places in the area. Kinsale is a fishing village known in Ireland as a “foodie” destination; and the city of Cobh, which was once called Queensland, and was the last port the Titanic picked up passengers from on it’s ill-fated voyage. Cobh is a stunning locale, with buildings nearly on top of one another going up a steep hill from the coast, dabbed in a rainbow of colored roofs. The Titanic museum and memorial is also very well done. In centuries past, most emigrants to America routed through Cobh (Queensland) to catch their ship to a new world, and there is a definite sense of history.

Let’s talk about driving in Ireland. It is a land full of roundabouts and narrow roads and streets. All of that would normally be manageable but for the fact that you are driving on the left side of road, from the right side of the car, and shifting with your left hand. Everything about driving is the complete opposite of what we are accustomed to in the States, and takes some time getting used to. But it was part of the charm of the experience. 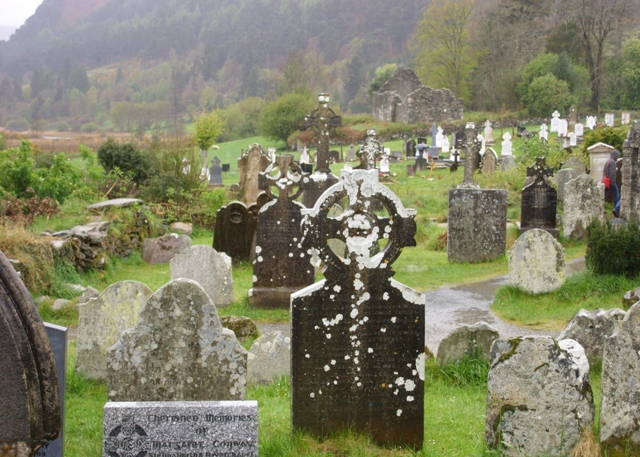 The last stop on this trip was Kilkenny, towards the middle of the country and en route back to Dublin. The highlight of this stop was visiting Kilkenny castle, and climbing a watchtower – which I was only able to get to the half-way point before my vertigo kicked in. Before getting back to Dublin, we made one additional stop – at an archeological site recommended by some locals. Newgrange offers a fascinating insight into pre-historic times, and an opportunity to travel inside a stone age tomb that predates some Egyptian history.

This is a location that you have to throw yourself into the experience and let things happen organically. Whether it’s driving along the craggy coastlines in cold, sleeting rain where the next turn of the road offers one more majestic view, or stopping to ask directions from people on the side of the road, who smile broadly and send you on your way with happy instruction, Ireland is magnificent destination.

And – as a side note – the Dublin airport is part of a test group that allows passengers to clear US customs prior to getting on the plane, so you don’t face the lines upon returning to the States. A small but added bonus for weary travelers. We saw plenty the week we spent in Ireland, but there would still be more to see, and Ireland is never far from a future vacation plan.