Once upon a time, I never thought about visiting Alaska, then opportunity knocked twice in one year. First, my father-in-law decided that he had always wanted to take an Alaskan cruise, and then, the company I was working for at the time was sponsoring a racer in the Iditarod, and I got to go help in the preparation for that race. 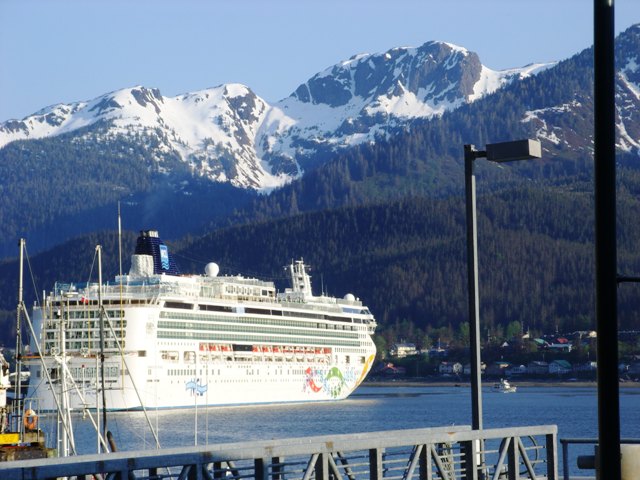 First the cruise. I’m a fan of cruising, and a veteran of more than 25 cruises in my lifetime. It’s an economical way to travel, and perfect for a group since people can do their own thing without feeling like everyone has to stay together. Harvey, my father-in-law, had expressed an interest in venturing into the Great North by way of an Alaskan cruise, so we put the details together and several friends joined us on the adventure.

We sailed out of Seattle, and although it may have changed since the time of our cruise, the embarkation process in the Port of Seattle was one of long lines and frequent delays. If you take a cruise out of this Port, plan (based on my experience) a little extra time to get aboard ship. This was the first time I had cruised where the pool was not a good option, as “the season” for Alaskan travel is typically May-August, the weather is still cool enough that a pool just doesn’t seem inviting. So don’t plan on this being a “sunny” vacation, even though you may enjoy several days of sunlight.

Our destinations included several stops: Juneau, Skagway, Glacier Bay, Ketchikan and Victoria, British Columbia en route back down the coast. The most remarkable thing about Juneau was the interesting fact that it is inaccessible by roads – you have to get there by air or sea. We elected a whale-watching tour there, and actually saw whales, albeit in the distance; so the excursion did not disappoint.

Skagway was a delight, small-town charm with tons of personality. We ended up taking a train tour up the side of a mountain called White Pass Railway Tour, and it was both exciting and beautiful as the climate changed before our eyes as we chugged up steep inclines, over towering bridges and eventually, back down. It was a breathless trip, as each turn revealed an even more magnificent view of the mountains and the sea, far below us. 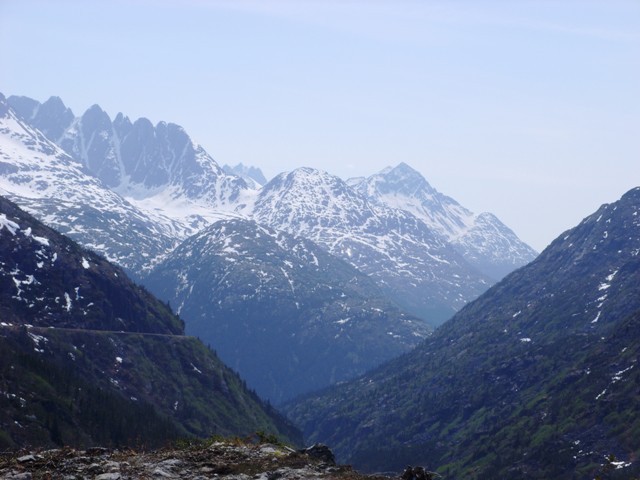 Glacier Bay made everyone aboard the ship feel small and insignificant. The sight of this incredible sheet of ice, inching forward every day into the bay and hearing the “calving” sounds the ice breaking off into the water was sheer spectacle. It is definitely jacket weather, and if you pay attention to the landscape around the entrance to the Bay, you might see mountain goats, literally on the mountainside like little white dots. The Glacier itself was a living, breathing thing of nature, will brilliantly illuminated blue coloring in its core; and the entire experience really did make you consider your place in the world. It is an afternoon that I wouldn’t trade for the world, and really one of the best experiences in my life.

Ketchikan was another small port town, known infamously for its Red Onion Saloon, a former house of prostitution in the gold-mining days, and it was here where you could wander the small town or take any number of tours, including one where you could pan for gold yourself. Cruising itself was secondary on this trip, because the breath-taking landscapes and (what I thought would be) a once in a lifetime chance to see Alaska was the primary focus. Father-in-law Harvey was pleased, and we all made it home safe and sound.

A few months later, my employer at the time asked out of the blue if I wanted to go to Alaska to assist our sponsored racer in the Iditarod. I jumped at the chance, so back to Alaska I went, this time to Anchorage, which transforms itself into the Alaskan version of a non-stop party for several days leading up the Race. Billed, as “the last great race on earth”, it certainly strives to live up to its name. I bundled up and assisted with getting the dogs slotted into the sled, and then ran with the sled through the streets of Anchorage during the street fair that preceded the start. And by run – I mean, I attempted to lift my legs through about two feet of snow to keep up with dogs and sled. 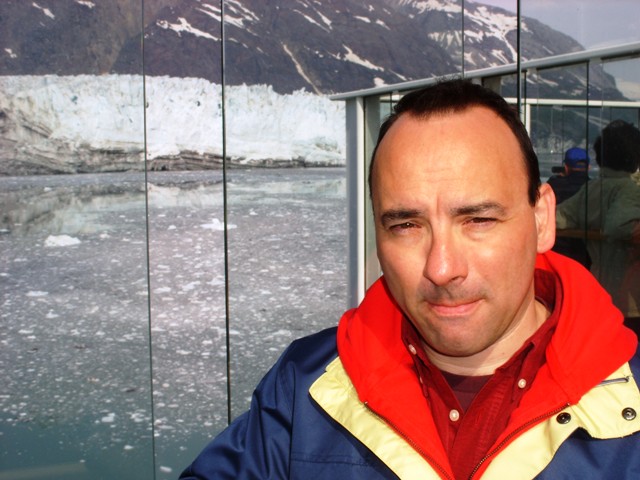 It was an invigorating experience, and one that I genuinely cherish as unique and unforgettable. Although I didn’t have a chance to experience “gay” Alaska, I did find everyone I met through these two trips to be warm and welcoming to their state. One of my cardinal rules of travel is simply, “do it.” That may mean picking a destination that is not familiar to you; or doing new things in a city that you know very well. In this case, it meant saying “yes” to an opportunity to participate in something that was way outside my comfort zone; and the subsequent experience was more than I could have imagined.

I never got to travel as a kid – we simply didn’t do vacations. But, as an adult, I have learned to jump into the world of travel, sometimes on a wing and a prayer and sometimes with a very formal itinerary; but the key is allowing yourself to do. Alaska is a great choice for something that is different, thrilling and not so foreign as you would feel uncomfortable. Take a risk in the Great North.