I live in the Midwest, so there is a multitude of destinations that are close enough for an expanded weekend within about the same time: flights to New York, Florida or New Orleans are roughly about the same as a drive to Memphis or Chicago. While all of those spots have their own unique charms, the absolute best long weekend given time and location is Sin City: Las Vegas.

Using the time difference as an opportunity to get started where you left off, a mid-week direct flight to Vegas will get the party started for a long weekend, and there is plenty to do no matter what time of the year you go. 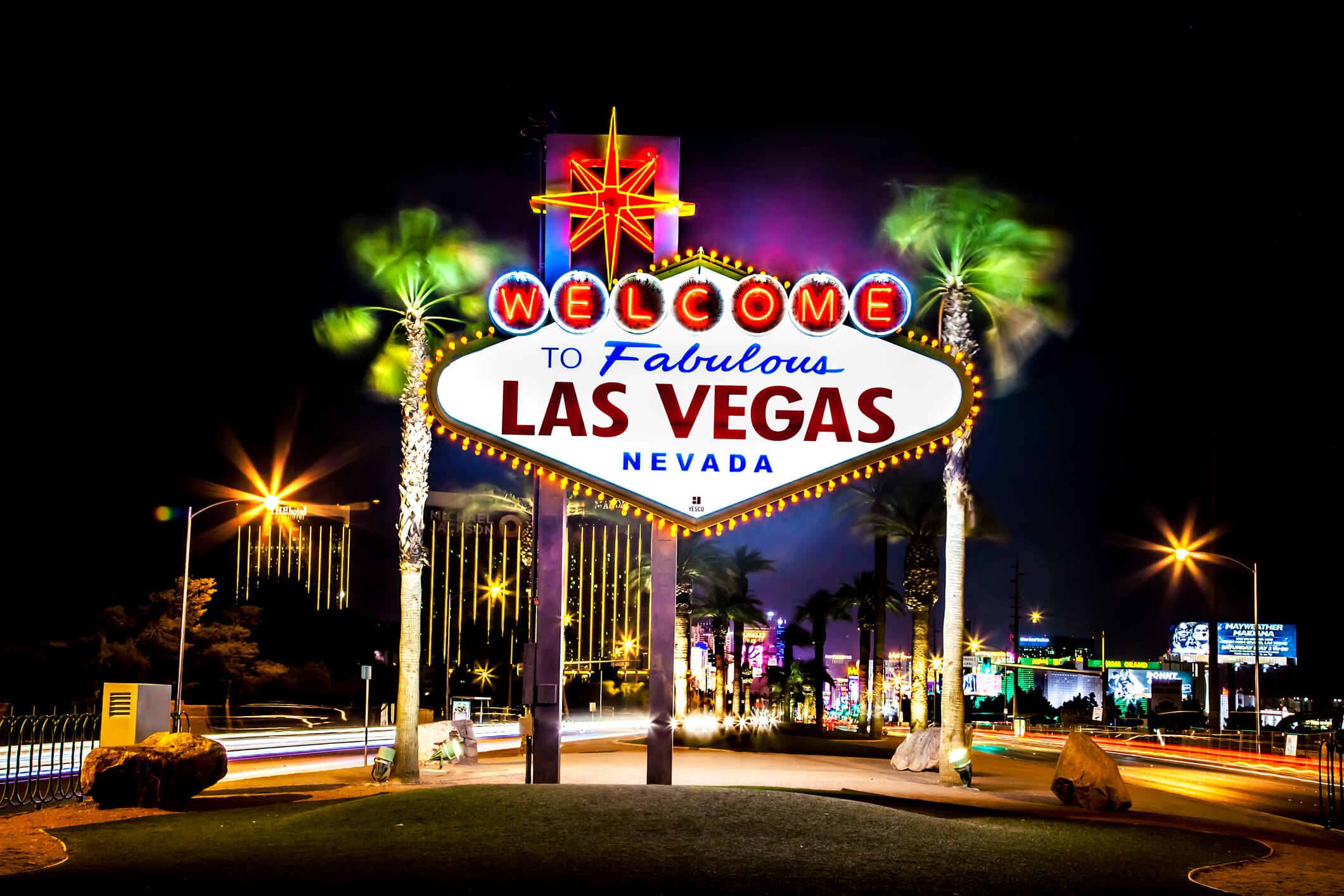 First up: location. Many people prefer the hustle-bustle of the Strip; and if you choose to go that route, I recommend a mid-class hotel, mid-strip. Think Paris, Mirage or Treasure Island. It gets you close enough to all the other strip hotels for easy walking access and you may find bargains, especially mid-week and on Sunday’s. It you want to splurge, upscale it to The Cosmopolitan or The Venetian. When I went to Vegas for my 50th birthday, I gave the check-in desk person a long (mostly made up) sob story about a recent illness; and either I was pitiful enough or believable enough that it got my party upgraded to a two bedroom/two and a half bath suite in The Cosmo, overlooking the Bellagio’s fountain. Always ask for an upgrade and be kind about it. After helping self-entitled “big spenders” all day, your best chance to get an upgrade is when you check in later in the evening and unclaimed larger rooms are still available.

Be ready for crowded streets and be alert for tourists who suddenly stop to take photos or take advantage of watching some of the “free” shows along the strip – such as the dancing fountains at the Bellagio, the “exploding” volcano at Mirage or the Pirate show (recently revived) at Treasure Island. Also be warned there are many people along the strip handing out cards for reduced entry to strip clubs, or asking for donations to various religions. Ignore them all but don’t be surprised if you are enticed to take a trip to “titty city” or get an offer for a prostitute. It is, after all, Vegas.

For those of us who prefer a more “rustic” Vegas experience, the old-school hotels Downtown are not to be missed. They are budget conscious, and perfectly fine. The Downtown Fremont Street Experience, complete with a video canopy, zip lines and local color is still, for me, the best place to be for a long weekend in Vegas. If you go during the summer, be prepared for very hot, dry conditions. I usually opt for a November-January visit, when the daytime highs are usually a bright mid-70’s and the evening is cool enough in the desert for a light jacket. The hotels themselves are very cool year-round, so bring something light you can carry with you if you run cold to begin with. Pools are in abundance, and some offer swim-up blackjack tables and bars; but be prepared to pay for seats or cabana’s at some properties.

Next: Food. Vegas is no longer the home of the 99-cent breakfast, or $4.99 buffet. It has become a foodie’s paradise, with celebrity chef’s signature establishments in nearly every hotel. Bobby Flay’s Mesa Grille (in Caesar’s Palace) is still a favorite, but you can also do a lower-end Bobby Flay experience at his On-the-Strip Burger Palace. Or you can choose from any number of other well-known chef experiences: Guy Fieri has several places, Giada’s at the Cromwell is pricy but offers a terrific corner view of the Strip; Gordan Ramsay’s Steak is hot; Robert Irvine’s Public House is a newer addition; you can experience a $200 tasting menu by Joel Rubuchon, and on and on. They aren’t very inexpensive, but typically a fun experience, so splurge one night so you can say you tried it. 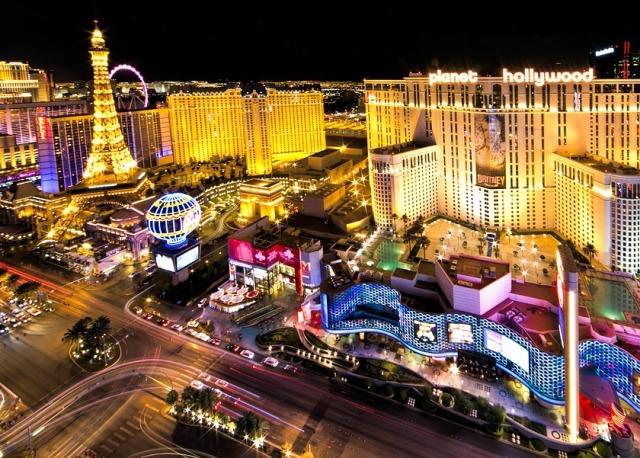 The shows that are the hallmark of Vegas are still around, but many artist’s now have resident shows: Ricky Martin, Cher, Bruno Mars, Celine Dion, Elton John (although his is coming to an end soon), Backstreet Boys and many more. While these are all entertaining, the real entertainment is the various mind-bending Cirque de Soleil shows, most of which will have you coming out afterwards saying, “how in the world did they do that…?” Among the very best, is “O”, “Ka” and the adult-themed “Zumanity”, which has several playful gender-bending or outright gay elements to the show. For the best “gay” show on the strip, check out the ever-running “Divas Las Vegas” starring senior showman/drag performer Frank Marino, in full drag as several famous stars – although the biggest special effect of the show is his nearly flawless plastic surgery. At 63, he looks as though he is in his 30’s: good for him!


There are other things to do in Vegas too: paranormal television host Zach Bagan’s recently opened his self-titled “Haunted Mansion” with a collection of oddities from his various investigations. There is the Liberace museum, the Neon Graveyard (which is a fascinating place to walk around and see some of the old iconic hotel signage), day trips to the Grand Canyon, helicopter tours (one of which will take you over the strip at night), roller coasters, ferris wheels (“The High Roller” at the Lynq offers a bar-tender in each car), and art exhibits. Most of these come with a cost, some of them fairly steep, so a cheap day alternative (if you’ve never been) is to simply walk through the various hotels and enjoy the different and amazing architectural design elements. Yes, it is mostly over the top, but also amazing to see the level of personality in each of these places.

Almost everyone enjoys a good bargain, and you won’t find many while shopping in Vegas unless you actively seek them out. But you will find an overwhelming number of stores, shops and malls. From the highest-end (The Shops At Crystal, featuring stores by Hermes, Gucci, Harry Winston, Jimmy Choo, Prada, Tom Ford and many others); to the more mid-level Fashion Mall Shops (Macy’s, Dillards, et al), Miracle Mile Shops adjacent to Planet Hollywood; and the Desert Premium Outlets located between the Strip and downtown, there is a price-point for nearly everyone if you look hard enough.

Finally, what’s a trip to Vegas without a little gambling. The best bet (see what I did there?) to get a low-dollar and better-odds table is downtown. I have always just preferred the old-school feel of Four Queens or Golden Nugget, both of which have $3 blackjack tables. All of the casinos will have the same type of tables: blackjack, let it ride, paigow, routlette, craps, three card poker and various versions of all of those, with side bets to lure you into spending more. Take enough money to experience and put a limit on your losses. If slots are your thing, almost every type, make and model are available; again, downtown seems to have a slightly better pay-out (at least enough to keep you playing a bit longer).


It all gets old and a little tiring after about three days; and it could get mighty expensive to do anything much longer. But Vegas is absolutely the best bet for a short getaway. Or a quickie wedding – as the chapels do now provide marriages for both straight and gay couples.When in Vegas, the first rule is have fun and – good luck!