Join PROMO to watch an exclusive livestream of the first-ever LGBTQ Presidential Forum organized by The Advocate, One Iowa, and GLAAD. Come to the St. Louis PROMO office (2200 Gravois Ave. Ste 201, St. Louis 63104), we'll be hanging out starting at 6:30 pm. Debate begins at 7:00 pm. Drinks and snacks will be provided. This is a nonpartisan event.

CEDAR RAPIDS, Ia. – Transgender activist and actor Angelica Ross will host the national 2020 Presidential Candidate Forum on LGBTQ Issues sponsored by GLAAD, One Iowa, The Gazette, and The Advocate on Sept. 20 at Coe College in Cedar Rapids.

Ross will join Moderators including columnist Lyz Len, One Iowa policy director Keenan Crow, The Advocate's editor-in-chief Zach Stafford and GLAAD President and CEO Sarah Kate Ellis on stage to bring LGBTQ specific-issues to the forefront of discussion in the 2020 presidential election.

The event will be livestreamed from Coe College’s Sinclair Auditorium in Cedar Rapids, Iowa on Friday from 7:00-9:00 PM CT. The stream will be accessible worldwide.

From the board room to film/TV sets and even the Obama White House, Angelica Ross is a leading figure of success and strength in the movement for transgender, racial and human rights equality. Ross is a season regular star on Ryan Murphy’s hit FX series “Pose” and most recently became the first trans actress to appear as a starring season regular on back to back projects with “Pose” and the upcoming season of “American Horror Story” on FX. In “Pose,” Ross is a part of the largest transgender cast ever for a scripted series, with five transgender women of color casted in series regular roles. In the series, Ross plays the role of the witty and feisty ‘Candy Abundance,’ the brashest member of the ‘House of Abundance.’ 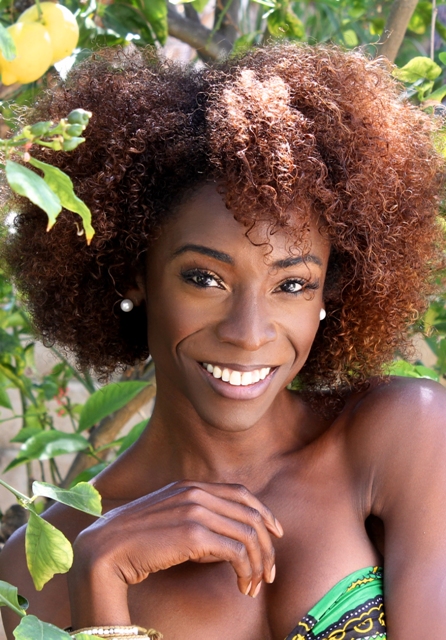 Ross is also the President of Miss Ross, Inc. and founder and CEO of TransTech Social Enterprises, an organization that helps people lift themselves out of poverty through technical training and digital work that creates social impact and brings economic empowerment to marginalized communities and members. Ross was named “1st Foot Soldier of the Year” by Melissa Harris Perry in 2015. Dedicated to empowering trans, lesbian, gay, bisexual, queer people and allies with practical, career-ready skills, she has toured the country to deliver her message to business leaders, universities, the Embassy of Uruguay and President Barack Obama.

“This LGBTQ Presidential Forum is a pivotal moment in the 2020 election cycle. It’s the first time that LGBTQ issues will be exclusively discussed by 2020 presidential candidates on a national stage,” said Sarah Kate Ellis, President and CEO of GLAAD. “We look forward to hearing how the 2020 candidates plan to reverse the attacks and rollbacks of the Trump Administration and put LGBTQ Americans on a course to 100% acceptance.”

GLAAD also announced that multi-platinum recording artist Billy Gilman will perform the National Anthem at the LGBTQ Forum in Cedar Rapids, Iowa on September 20. Since bursting onto the national stage in 2000 after the release of his hit single “One Voice,” Gilman has gone on to sell over five million albums worldwide and has received awards and nominations from the Academy of Country Music, the Country Music Association, the GRAMMYS, Billboard Magazine, and the American Music Association. Gilman recently soared in popularity after finishing as the runner-up on Season 11 of NBC’s “The Voice” and has been a featured artist at GLAAD and Ty Herndon’s annual Concert for Love & Acceptance. Gilman’s latest single “Soldier” is available now wherever music is sold or streamed.

The LGBTQ Forum comes as the 2020 presidential election conversation has so far failed to address LGBTQ-specific issues during nationally televised events. LGBTQ Americans have faced more than 124 anti-LGBTQ attacks in policy and rhetoric from the Trump Administration, including the President’s ban on transgender Americans from serving in the military and the administration’s opposition to the Equality Act.

Recently, GLAAD joined One Iowa, The Gazette, and The Advocate as national sponsors for the LGBTQ Candidate Forum, the first public event specifically focused on LGBTQ issues in the 2020 presidential election cycle. Exit polls from the 2018 midterm elections revealed LGBTQ voters represented about six percent of the electorate, making LGBTQ Americans an influential voting bloc in the 2020 presidential primary contests.