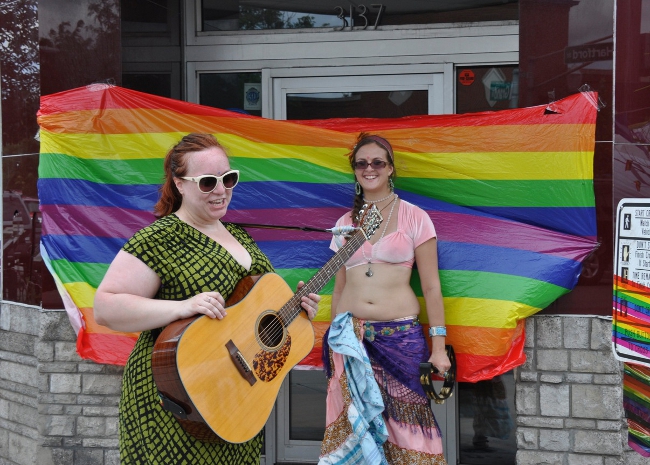 ST. LOUIS – The second Tower Grove Pride was held on Saturday, June 28. The event kicked off with a morning picnic at the Tower Grove Farmers’ Market in Tower Grove Park before crowds descended on the festival at Grand and Hartford.

The event, which included over 30-indie vendors and local entertainment, was started last year as a community-rooted effort to keep a lesbian, gay, bisexual, transgender or queer celebration in the South Grand neighborhood.

PrideFest, which is produced by Pride St. Louis, moved their celebration downtown last year following years of growing crowds, parade size and park costs. The annual LGBT celebration had been held in Tower Grove since 1998. It was originally held in Forest Park and the Central West End.

“The attendance was greater than we could have imagined,” said Tower Grove Pride organizers. “It was a big day with nearly 2,000 total attendees... We proved that this event is something this community majorly wants to see happen.”

According to Tower Grove Pride’s Facebook page, plans are already under way for 2015.

Check out #BOOM’s Facebook Page for Pictures from the event.