Yes, The Queens will make its Gateway City debut on the second biggest screen in town at 7 pm on Sunday at Hamburger Mary's St. Louis, 400 Washington Ave. The screen, which measures 13 by 9 ft , is second only in size to the screen at Ballpark Village and is the largest in any of the Hamburger Mary’s franchise restaurants. It is an actual television screen and not a video projection screen. 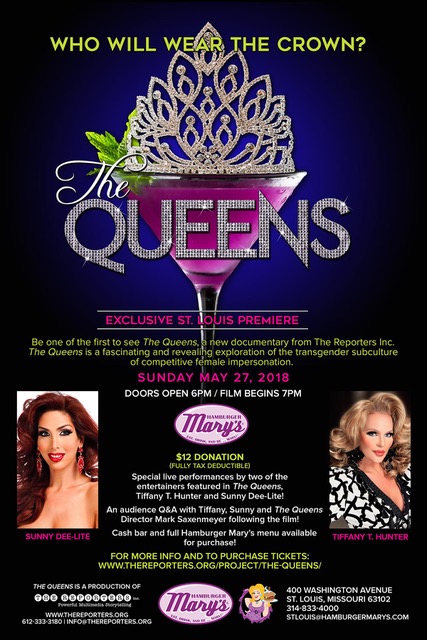 The Queens is a 90 minute documentary that began in 2011 as the concept of director Mark Saxenmeyer, of The Reporters Inc, a Minneapolis based nonprofit journalistic production company, and took seven years to complete. Saxenmeyer, in a phone interview from Minneapolis, said the film shows the lives of four contestants preparing for Miss Continental, the most prestigious transgender-centric beauty pageant that is held annually over Labor Day weekend Chicago. Miss Continental Pageantry Systems is owned by Jim Flint, who is also the owner of The Baton Show Lounge, the longest running female impersonation club in the nation.

“When I moved to Chicago in 1994, a guy from work asked if I wanted to go to the Baton, a female impersonation lounge," said Saxenmeyer. "I never got into the whole drag queen culture and it never really interested me, but we went to the Baton and I was mesmerized and thought it was a spectacular show. All the costumes, hair, makeup, choreography, Ginger Grant and the attitude of Chili Pepper was amazing. Initially I was a Baton fan and was a reporter and eventually did several stories on The Baton."

Saxenmeyer said he initially wanted to create a reality show based around The Baton , its owner Jim Flint, and all the performers who are larger than life and who each embodies the word “entertainment.” Saxenmeyer even made a sizzle reel, which he described as a demo of just a couple minutes of video, and pitched the project.

“I shopped the sizzle reel around and all the networks said it was great, but at the time, our country was still recovering from the recession and no one bought it,” he said.

After attending a Miss Continental Plus pageant one year, Saxenmeyer said he realized how The Baton and the Continental Pageants were so intertwined and decided to refocus his concept to give people an idea of what Flint fought for years in the city of Chicago to give his entertainers and pageant contestants a voice, stage and platform.

“I make films based on stories that I think need to be told," explained Saxenmeyer. "When I did all these interviews, inside this very specific world, … winning the Miss Continental crown...it is such a big deal. But to people on the outside world, no one has heard of it. I wanted to show what capturing this crown, this title, meant to them, what it did for them.”

The film stars Sunny Dee-Lite and Alexis Gabrielle Sherrington, both of Jacksonville, Fla., Nyeisha Lopez of Chicago, and Tiffany T. Hunter of St. Louis. As contestants of Miss Continental, their journey was documented to show the drive and motivation of these incredible entertainers. All four are now former national titleholders and each represented a pageant system on a national level. 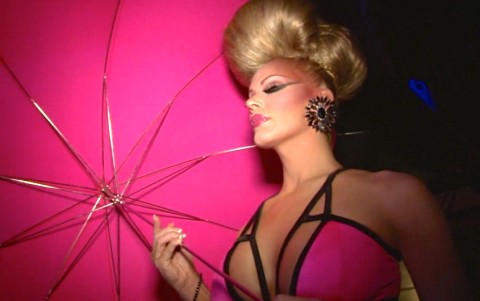 Tiffany T. Hunter is celebrating her 15th year performing as a female impersonator. In 2003, she started a career that would span across the nation - making her one of the most beloved and sought after entertainers of her time. The blonde and blue eyed showgirl, originally from Staunton, IL, is a former Miss City of the Lakes, Miss Bubby and Sissy’s, and former Miss Continental. She is a cast member of Hamburger Mary’s St. Louis and performs Thursday-Sunday at the American grille/drag entertainment venue.

“The premise [of the movie] follows four pageant competitors and dives into what it takes to compete, a behind the scenes look….issues facing the community, the start of it all, and so much,” Hunter said in an interview from her home in St. Louis. “All of this with beautiful storytelling and top notch research. It covers it all…informational, funny and sad.”

Hunter said she was approached through a Facebook message and was contacted by the producer with the concept of The Queens. Out of seven entertainers, Hunter was selected as one of the four to be featured in the film. Hunter said she was filmed over a period of a couple months by a three member crew. The first three occasions were when she was living in Minneapolis and the last time filming was in Chicago. 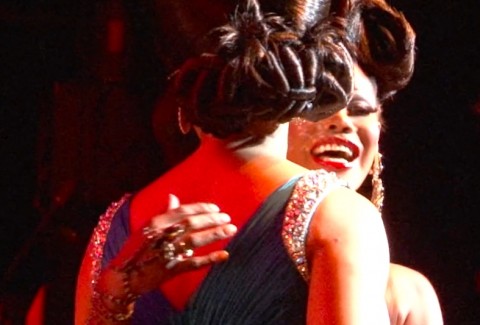 “Focusing on what I said, I spoke about pageant preparations and costs, my views of what Miss Continental would be like for me, a glimpse into my personal life; including family, what I was doing for work at the time, and dieting,” she said.

Hunter, who said the screening in St. Louis will be her third time seeing the film, said she remembers being focused on being herself during the filming.

“I am an open book, so nothing surprised me,” she said when asked if she was surprised by anything she revealed in the film. “I knew what I was getting into. I went into it with the mindset of, ‘Why allow people to look into your life if you are going to distort the lens?’ There are a few funny moments which I completely forgot I said!"

“Honestly, I think this is a great film that people from all walks of life can enjoy and understand. Regardless of what ‘kind/style’ of drag you do or what pageantry system one may compete for, we are ONE community and I think it’s important to support each other. If you like or enjoy female impersonation and pageantry, I truly believe that you will enjoy this film,” Hunter said.

The Queens was screened in Chicago and Minneapolis and after the St. Louis screening, Saxenmeyer said he will travel to Portland on Monday and then Seattle, Tulsa, Lubbock and Iowa City. The Reporters Inc is currently entering The Queens into film festivals across the country in New York, Atlantic City, Los Angeles, San Francisco, Honolulu, Chicago, Palm Springs and Washington, DC and will enter the documentary film abroad in Cape Town, Melbourne, London and Wales, the organization’s website stated. 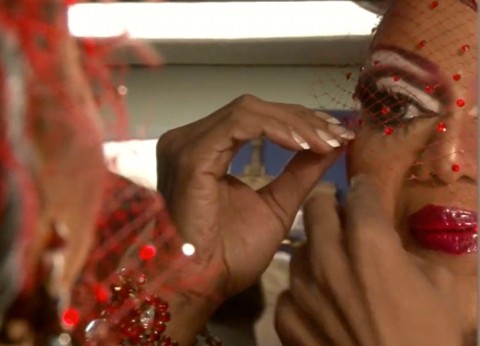 Tickets for the Sunday, May 27 exclusive screening at Hamburger Mary’s St. Louis are $12 and can be purchased at the door or by visiting www.thereporters.org/project/the-queens/. Pre-paid ticket holders will receive priority seating. The price of the ticket is fully tax deductible as Saxenmeyer said The Reporter’s Inc is a nonprofit organization that is using the proceeds from ticket sales at the exclusive screenings for post production costs. Doors for the event at Hamburger Mary’s St. Louis open at 6 pm and the screening begins at 7 pm.