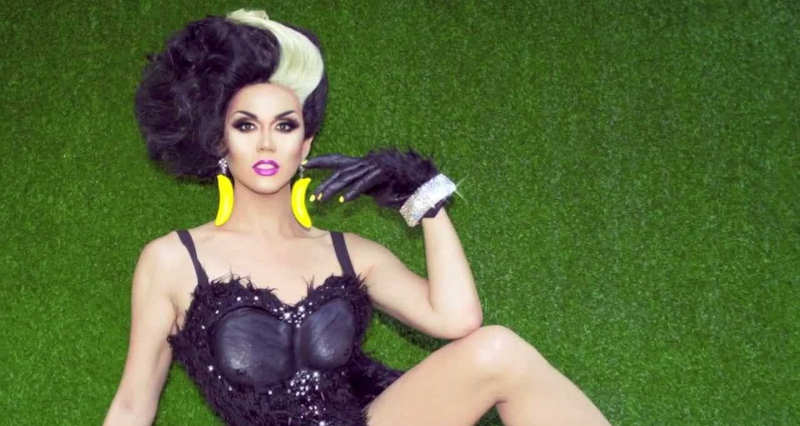 Manila’s drag name is a play on his Filipino heritage: the capital city (Manila) and the largest island (Luzon) of the Philippines, where his mother was born.

In addition to Drag Race and Drag U, the diva has appeared on an episode of the MTV series Made where he mentored a young man in the art of drag in preparation for New York City’s LGBT Pride Parade.

In 2011 Manila released her first single “Hot Couture” and most recently has been burning up the charts with “Helen Keller,” a duet with Cazwell, featuring Richie Beretta and Roxy. We caught of with the Minneapolis native turned NYC party girl to talk PrideFest, music and more. 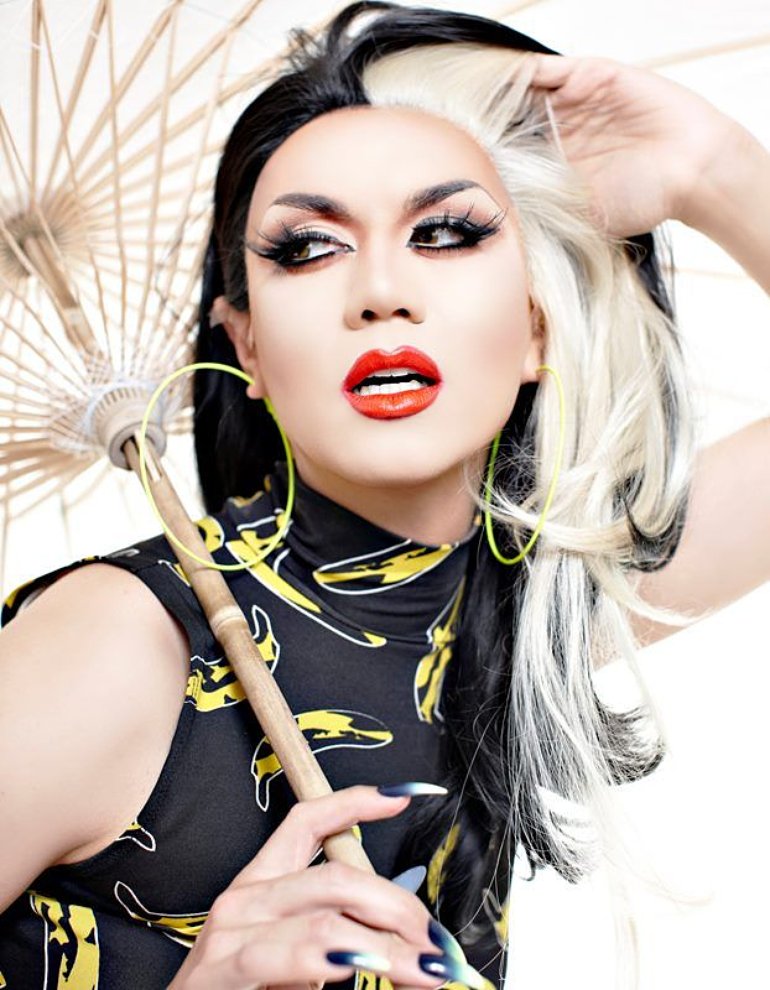 We’re looking forward to seeing you at St. Louis PrideFest - what do you have in store for fans this summer?

I'm bringing my St Louis fans MANILA LUZON! I'm a cartoon character played by a half Filipino MAN in a dress! I'm bringing some fun costumes, crossed eyes and a whole lot of auto-tune!

You’re presently on tour in Europe – how’s the experience? What’s the LGBT community like abroad?

I'm doing a quick tour through the UK now and it is a lot of fun! I find the LGBT community is familiar all over the world and when I step into a gay bar here in Europe, I feel right at homo... I mean HOME! [Laughs].

That's a good one. It's hard to tell, since I usually celebrate so hard I can barely remember anything the next day!

When we publish, we’ll know the results of this season’s Ru Paul’s Drag Race – what are your thoughts on this season?

I enjoyed this season a lot. It had some great characters, talented queens and some great drag looks! It might be my favorite season so far...well, after season three of course! 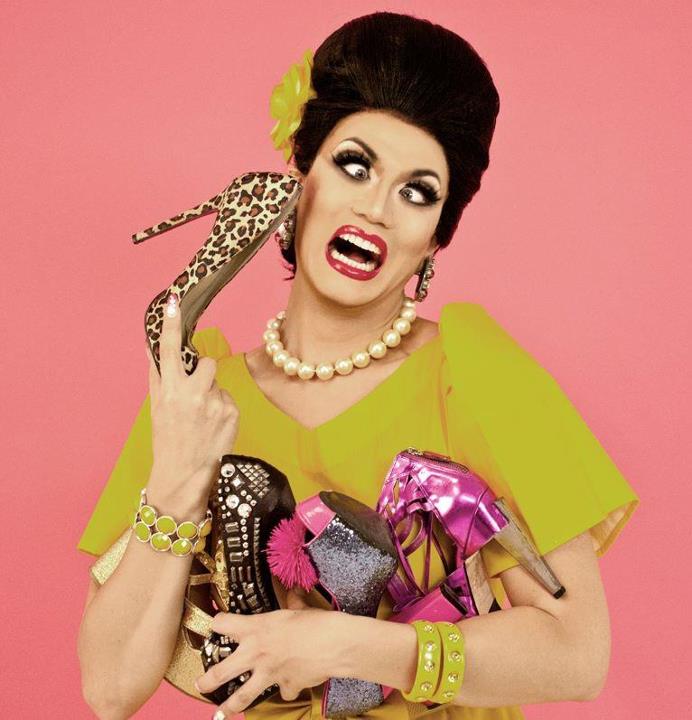 Cazwell will be performing at this year’s PrideFest – you have a great duet with him called “Helen Keller” – tell us about that? I hear he told you you had to rap lol?

I've been a fan of Cazwell for years! When we decided to do a song together, I was nervous about rapping in the studio... I never rapped before (not a lip sync) so in order to get into the mood fully, I got in full drag in the recording studio.

What’s next for Manila Luzon?

I'm really liking the creative process of creating my own music and then making the visuals for the song with a video. I'm working on some new music/videos now. But I'm still traveling around the world. There are so many fans around the world I still must see!

Is there anything you’d like to say to your St. Louis fans?

What does Pride mean to Manila Luzon?

Pride is a celebration for me! It's amazing to see thousands of gay people coming together to celebrate their similarities and differences! It's a place to show off your colors!!!

Single or dating anyone? How has your love life as a boy been affected since being on the show and as a queen in general?

Dating is a little whacky since Sahara Davenport's passing. But I am healing myself and moving on and someday I'll be a having a huge gay wedding... but of course since being on TV, the attention I get (esp. as a drag queen) is very different then from before. And I guess I don't mind! 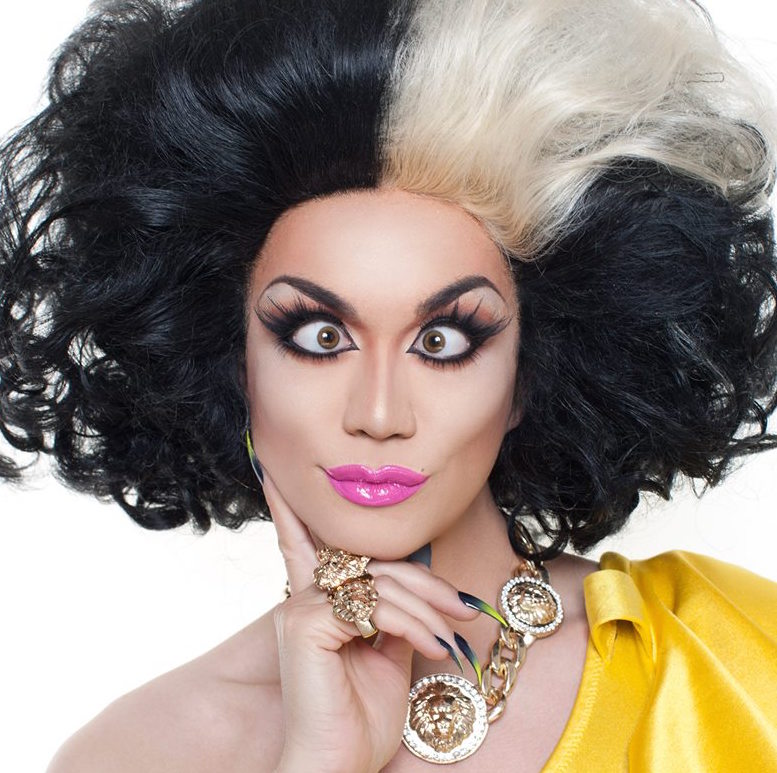 Everyone knows Drag Race cast members become a family. What is one of your favorite cast relationships and why?

On my season, I formed amazing relationships with all the girls, but my friendship with Carmen Carrera, Delta Work and Raja (The Heathers) is still the strongest! Our drag styles are all so different, but our passion for the art of drag is so similar!

What is your favorite fashion / outfit you've worn to date?

You can't do that to me! I have so many favorite outfits! Besides, once I wear it, I get over it fast! I have a huge closet full of classic Manila costumes that I can't bring myself to wear again!

Having been on Drag Race, do you have enough work to fully support yourself with drag or do you still have to maintain a boy job?

I had to quit my day job in NYC as a graphic designer a long time ago. I've been full time drag queen since my season three years ago.

What city has the fiercest drag?

Obviously whatever city I'm in at the time! ON June 28, the city with the fiercest drag is St. Louis!