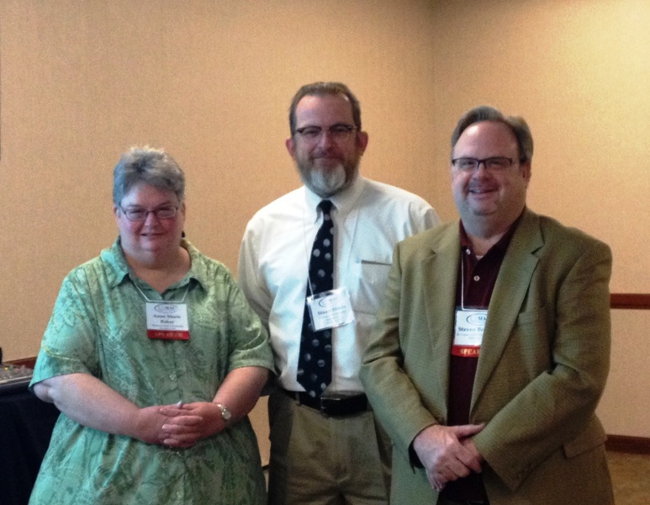 Representatives from each repository discussed their techniques for collecting artifacts and mobilizing community interest in preserving and promoting their local histories.

“Like most parts of the United States, Missouri has long been home to a thriving—if largely hidden—LGBT population. Yet, it has been only recently that formal attempts have been made to capture and preserve that history,” said Steven L. Brawley, founder of the St. Louis project.

Efforts in Missouri's three largest cities—St. Louis, Kansas City, and Springfield—have yielded not only a wide-ranging trove of remarkable historic value but also distinct approaches to building these archival collections.

“Perhaps most importantly, these three collections highlight the important role the Midwest has played in American LGBT history,” said Brawley.

Upcoming events for the St. Louis LGBT History Project include a lecture on “Books from the Closet: A History of St. Louis LGBT Authors” on Saturday, June 7 from 2-3p.m. at the St. Louis Public Library (Barr Branch – 1701 S. Jefferson, 63104) and their annual display at St. Louis PrideFest June 28-29 at Soldier’s Memorial downtown.