SPRINGFIELD, Mo. — The bishop of the Roman Catholic Diocese of Springfield-Cape Girardeau says he is “deeply concerned” about a decision from a Catholic-based hospital group to extend benefits to same-sex spouses of employees.

The Mercy Health System, which has about 9,000 employees in Springfield, said last week that it plans to offer benefits to legally married same-sex spouses beginning this spring. 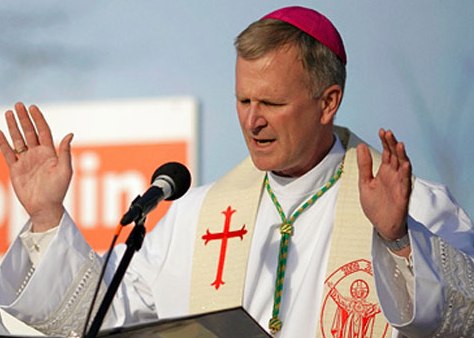 The hospital said it made the decision because of recent changes in government regulations for same-sex couples.

Bishop James Johnston said in a statement to the Springfield News-Leader that the hospital didn’t cite what regulations required the change. And he accused the hospital system of ignoring the church’s stand against same-sex relationships because of “regulations, government funds, and fear of public ridicule.”

Mercy’s decision to extend benefits affects more than 40,000 employees companywide. The nonprofit has hospitals in Arkansas, Kansas, Missouri and Oklahoma and outreach ministries in Louisiana, Mississippi and Texas. It is the sixth-largest Catholic health care system in the United States, according to its website.

Last year, Johnston spoke out against a proposed expansion of Springfield’s nondiscrimination ordinance to include sexual orientation and gender identity, which the city council approved on Oct. 14.

Johnston said the ordinance would violate religious freedoms and make criminals out of people trying to live their faith.

Associated Press contributed to this report.