PULASKI COUNTY, Mo. - A St. Robert Missouri City Councilman has published a series of anti-LGBT posts on Facebook in opposition to the upcoming "drag-a-palooza" event at the St. Robert Community Center scheduled for Saturday, June 25. The drag show is one of a weekend of LGBT Pride events to be held in the cities of Waynesville and St. Robert, June 24-26.

"I think queers need to stop trying to recruit more perverts this sick mental illness is not any better than child molesters," St. Robert City Councilman Allan Johannsen posted on Facebook this week. "The desire of someone wanting someone of the same sex and wanting to have sex with a child is a sick perversion. These people need some serious mental health treatment." 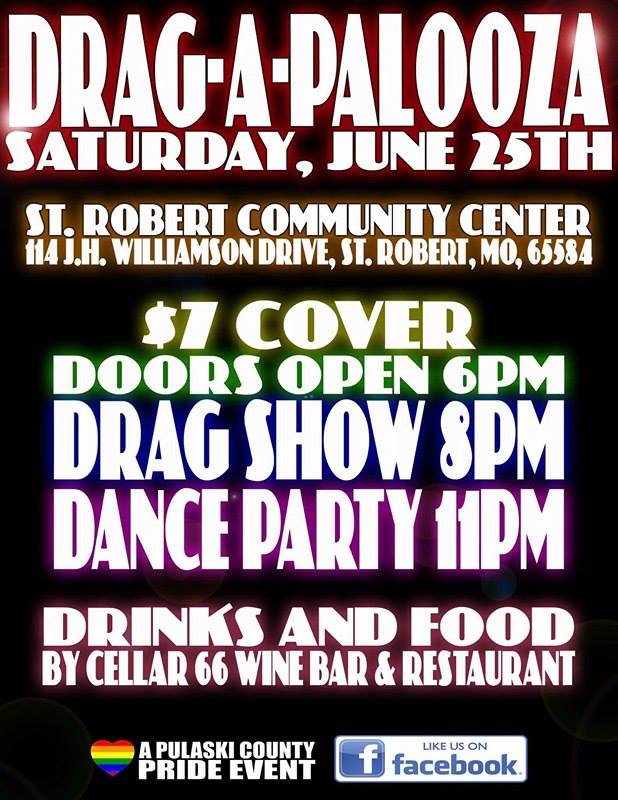 "Why don't you guys act right and find a nice woman instead of a person of the same sex," Johannsen further posted.

The exchanges, many of which have been deleted but are archived here, took place on the Facebook page of Pulaski County Daily News publisher Darrell Todd Maurina. Maurina has been spearheading an effort to have the drag-a-palooza event at the Community Center shut down and was also a vocal critic of the Fort Leonard Wood Pride event, #Boom reported two years ago.

#Boom reached Maurina by telephone where he said that he did not approve of Johannsen's choice of words, nor did he personally think that gays are akin to child molesters.

"I certainly have my views on the situation but I would never use the word queer unless someone used that term to self identify themselves," said Maurina, who went on to affirm his opposition to the drag event being held in the public Community Center.

According to Pulaski County Pride organizers, the city of St. Robert is fully aware of what the Community Center is being used for and has, so far, weathered the criticism.

"A small group of people have begun protesting the use of the Community Center by what they have labeled as perverts," said Daniel Kallman, one of the organizers of the event. "Maurina has gone to every length possible to get the show cancelled. He contacted elected officials, local people who he knew would support him, and even going so far as to contact my supervisor at the Waynesville Rural Fire Protection District about my involvement in a show he felt was inappropriate. There has been a lot of support for our show in the community. We have done several in the area and all have been greatly attended."

Update: Darrell Todd Maurina published the following post on his Facebook page in response to this story: