No Matter the Result, Pete Buttigieg Will Make History in Iowa

Today Pete Buttigieg will become the first openly LGBTQ person to run in the Iowa Democratic caucuses – a historic moment for the LGBTQ community and all Americans. It is one of the many historic firsts of Buttigieg’s candidacy, including being the first openly LGBTQ Democratic presidential candidate in American history and the first to be a top contender in national polls. LGBTQ Victory Fund endorsed Buttigieg on the 50th anniversary of the Stonewall Uprising in June of 2019. It was Buttigieg’s first national endorsement. 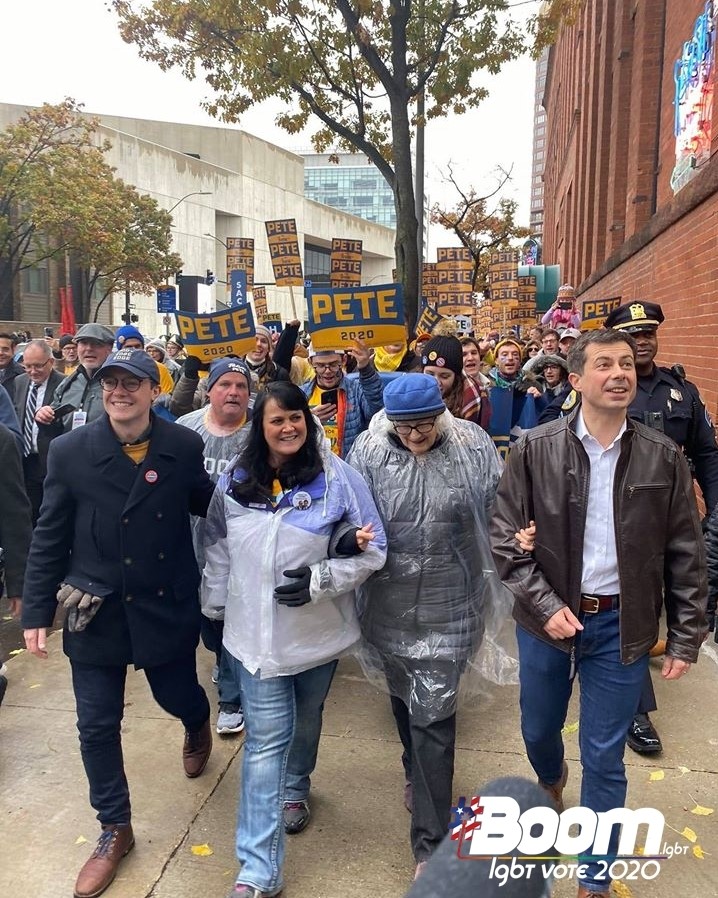 “As Iowa voters head to their corners and declare their presidential allegiances, it is important to step back and appreciate that this caucus day is a significant moment in American history,” said Mayor Annise Parker, President & CEO of LGBTQ Victory Fund. “Today, Pete becomes the first openly LGBTQ person to run in the Iowa Democratic caucuses – a historic event that all Americans should take pride in and celebrate regardless of the results tonight.”

“One year ago, few would believe an LGBTQ presidential candidate would soar in the polls, kiss his husband before an announcement speech or speak about coming out from the national debate stage. Pete’s candidacy marks a revolution in American politics, forever transforming what is possible for an LGBTQ candidate to achieve. Pete has shattered expectations throughout this primary season and we are confident Iowans will help him do it again tonight.”

Fred Karger, who ran in 2012, was the first openly LGBTQ person to run in the Iowa Republican caucuses.