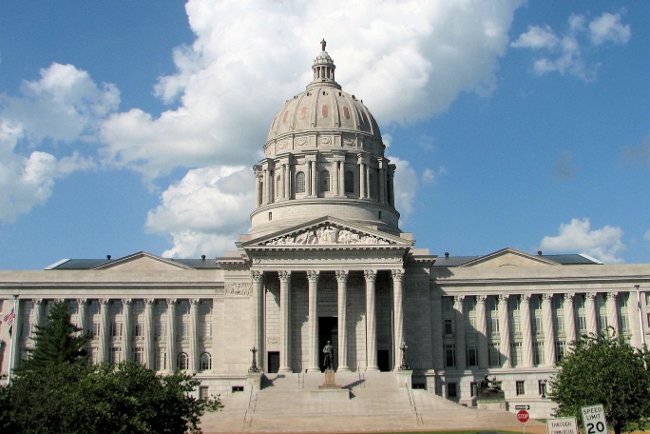 Proponents of the legislation, which has been introduced annually since 1999, say they will continue their efforts next year.

“It’s clear to me after working this last session closely on both sides of the aisle that there’s a strong political will to get this done,” said A.J. Bockelman, Executive Director of PROMO, Missouri’s statewide LGBT advocacy organization. “Unfortunately at this time they [the Republican-controlled legislature] didn’t have the political courage to take this vote.”

Bockelman said one of the things working against them was the large number of Democrats and some pro-MONA Republicans who were absent this week for various reasons.

MONA would add sexual orientation and gender identity to Missouri’s Human Rights statute, which currently prohibits discrimination in employment, housing and public accommodations for other categories, including race, biological sex and familial status.

The bill would expand the definition of discrimination to include any unfair treatment based on a person’s “presumed or assumed” characteristics, regardless of whether those presumptions are correct.

According to MONA proponents, with votes in the Senate secured, the focus was getting the bill to a vote in the House first this year. House Speaker Tim Jones and House Majority Floor Leader John Diehl, both Republicans, are responsible for movement of any bill.

Jones has been a vocal critic of the anti-discrimination legislation, telling the St. Louis Post Dispatch last year, “I’m not in favor of creating more protected classes and encouraging more litigation on our Missouri employers and job creators.”

"I blame Speaker Jones, Floor Leader Diehl and Senate Pres Pro Tem [Tom] Dempsey for turning their backs completely on MONA,” said Rep. Stacey Newman (D-St. Louis), who was absent this week after breaking her hip over the weekend. “Numerous Missouri companies have signed on in support and the Missouri GOP claim to be all for business.”

“Based on the 32 anti- abortion bills they pushed this session, they are more willing to push women and those who suffer sexual orientation discrimination completely under the bus,” Newman continued. “Elections do matter. Missouri GOP leadership do not represent the majority of Missourians who want and need MONA."

Both House and Senate Committees heard testimony on MONA earlier this year. Governor Jay Nixon, a Democrat, had pledged to sign the legislation into law.

To date, 15 cities and counties in Missouri have nondiscrimination ordinances that include both sexual orientation and gender identity.

This year, 542 Missouri-based companies from across the state, including two of the Fortune 500, voiced their support for workplace protections.

Last year, the legislation passed through the Senate but failed to reach the House floor.