"I am thrilled to welcome Brian to the helm of PFLAG National," Board President Kathy Godwin said. "He has a proven record of success unifying people across communities, building strong alliances and partnerships, and working in challenging environments and moments to effect change. His personal story—as a young gay man raised in rural America—will resonate with so many people, including our supporters and members. I know Brian is the leader PFLAG needs to continue our work, and greatly expand our reach." 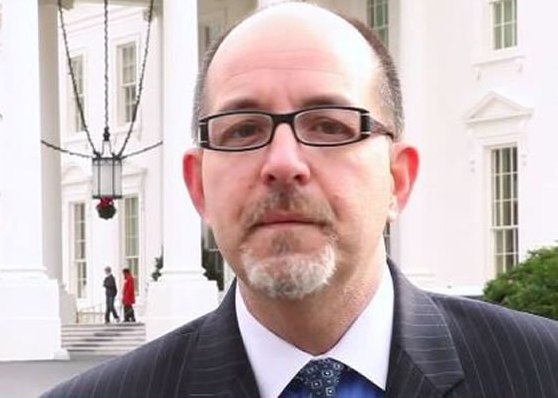 Bond, a Missouri native with a degree in Public Administration from Missouri State University, is a former Obama Administration official and LGBTQ+ advocate with an extensive background in constituency outreach and coalition bridge-building. He most recently served as the Coalitions Director for the Climate Action Campaign in Washington D.C., working to protect clean air and promote action to limit climate change. Prior to that, he was the Deputy CEO for the 2016 Democratic National Convention in Philadelphia, PA.

During the Obama Administration, Bond served as Deputy Director for the White House Office of Public Engagement and primary liaison for the LGBTQ community. After the re-election of President Obama in 2012, he moved to the Environmental Protection Agency to work on the Administration's climate initiatives as Associate Administrator for Public Engagement and Environmental Education. Prior to these roles, he served as the Executive Director of the Gay and Lesbian Victory Fund and is credited with expanding the success of the organization and support for LGBTQ candidates during his six-year tenure.

"I know what it is to be the scared kid growing up in a rural community feeling different and alone, struggling with accepting who I was and living in fear because I knew I was different," said Bond. "As the Executive Director of PFLAG National—arm in arm with the hundreds of thousands of exceptional people who are the backbone of PFLAG—it is my goal to intensify all our efforts serving our diverse families and communities."

"For communities of color, we can make this stronger through continued cultural inclusion work and expanded outreach, listening, and tools," he continued. "We can build on PFLAG's long and noteworthy trans-inclusive history to expand our programs for transgender and gender-expansive youth and their families. There is no question we also will find the best way forward for faith-based and more conservative families torn between loving their kids and loving their faith. PFLAG is uniquely positioned to do this work, with over 400 chapters in communities across the country, and over 45 years on the front lines of this movement. I am truly honored to take up this work with the dedicated leaders and volunteers of PFLAG, and the PFLAG National staff."

The news of Bond's appointment was welcomed by leaders in the LGBTQ+ equality movement, as well as other leaders in the fight for social justice among marginalized communities.

"During my time at the White House I saw firsthand PFLAG's legacy of loving, affirming families and actively engaged allies at work. PFLAGers are changing hearts and minds in every corner of our country in support of equality for the LGBTQ+ community. I also witnessed Brian Bond's commitment to moving equality forward with passion, empathy, and humility. Brian's skill set, collaborative leadership style, creative thought process, and ability to build bridges across diverse communities and life experiences will serve PFLAG well. I am thrilled that Brian Bond has been selected as PFLAG National's next Executive Director during this pivotal and critical moment in time."

"I wholeheartedly commend the PFLAG National Board of Directors for their selection of Brian Bond as the organization's Executive Director. I have known Brian for over twenty years both professionally and personally. I am amazed by his ability to move within multiple communities—especially Communities of Color—with respect and humility, to achieve common goals. Brian has both the skill set and professionalism to build upon PFLAG's success to expand the organization's reach to provide more support for African-American parents who want to understand the struggle of their LGBTQ+ children in an oft-hostile world."

"Brian Bond embodies leadership. He has earned the trust and respect of diverse communities and coalitions over his lifetime because he has worked tirelessly to uplift people of all ages and backgrounds every step of the way. I count myself in that category, first as his summer intern and later as his successor as the White House LGBT Liaison and a committed partner in the fight for equality and justice. PFLAG, already an effective and important organization, has gained a talented, humble, inclusive, and strategic leader in Brian—and I look forward to the scores more families and young people supported by this work with Brian at the helm."

"I have had the pleasure to work for and with Brian Bond closely for over a decade. You follow and trust his vision because he embodies what he fights for everyday. As a Latina from an immigrant family raised from humble beginnings by a teen mother, I know that our rights and a seat at the table are not automatic. I have seen Brian time and time again not just stand up for ALL communities including communities of color and our most vulnerable but more importantly fight to give them the power they rightfully deserve. From Farmworkers to Latinx students on campuses, I have seen him purposefully and artfully lift up voices, genuinely listen and advocate for what was needed on ground without hesitation. PFLAG will gain tremendously from their selection of Brian Bond as their next Executive Director, I am excited for what the future holds for them."

"Transgender people and our families couldn't ask for a better ally than Brian Bond. Throughout his career, Brian has served as an invaluable partner in the fight for transgender equality, as well as a dear friend for nearly two decades. Brian has the vision and devotion to lead PFLAG and the millions of families it serves."

"Brian Bond is a fantastic selection by PFLAG National as its next Executive Director. His steadfast dedication to LGBTQ issues throughout his career, especially for youth and those most vulnerable in our community, alongside his top-notch excellence in leadership, community organizing, and strong relationships with leaders across the nation will allow Brian to thrive at PFLAG. I cannot think of anyone better to be at the helm and I wish him and the whole PFLAG family much success in the coming years ahead."

"The smartest hire I ever made was recruiting Brian Bond to lead the Victory Fund when I was co-chair. PFLAG will benefit from that same vision, tenacity and work ethic that has made Brian a success throughout his career."

"Having followed in Brian's footsteps as President Obama's LGBTQ liaison, I know firsthand the incredible work he did in the early days of the Obama Administration to build the foundation of what later became an unparalleled presidential record on advancing LGBTQ equality. Brian is exactly the kind of advocate and leader that queer kids across America—and their families and allies—need in their corner. His passion and compassion, strategic vision and capacity to execute, national network and local relationships, and most importantly his commitment to and long track record of inclusivity will be a tremendous asset to PFLAG. I can't wait to see him take this critically important organization to the next level."

"PFLAG has played a central role for the past 45 years in changing hearts and minds in the continuing quest for LGBTQ equality in this country, which is why I am extremely pleased that Brian Bond will be PFLAG's incoming Executive Director. I have worked closely with Brian for many years to ensure that Indian Country has a voice at the table. He is a passionate advocate for inclusion and full participation and consistently turns words into meaningful and impactful action. Nothing is more important than family in Indian Country, I am confident, based on our past work, that Brian will do the work to help ensure that PFLAG best meets the needs of all communities to affirm, respect and celebrate diversity and families."