Michelle Visage: An Audience with the Grand Dame

Who doesn’t love Michelle Visage (…well…except Violet Chachki...)? And how can you not? She’s the legendary grand dame of RuPaul’s Drag Race, finalist (and last American standing!) for series 15 of Celebrity Big Brother, author of her own book - "The Diva Rules", and 1/3 of ‘90s girl group Seduction.

And as if ALL that wasn’t enough, she will be gracing the Show-Me state as emcee of the RuPaul’s Drag Race: Battle of the Seasons Extravaganza Tour on June 7 and 8 in St. Louis and Kansas City, along with a cast that includes Drag Race favorites BenDeLaCreme, Katya and Manila Luzon.

I recently got a chance to chat and reconnect with Michelle where we talked the BOTS tour, season 8 of Drag Race, Celebrity Big Brother and more! 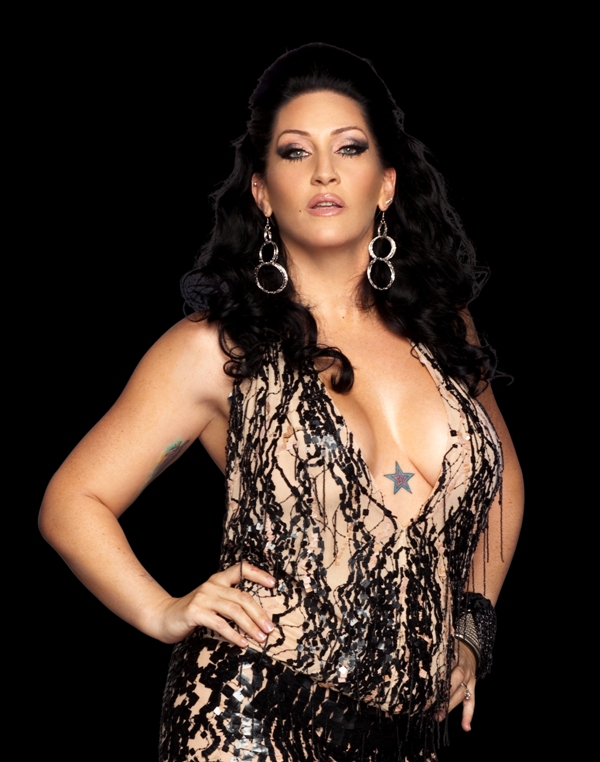 Matt Jamieson: This is your third year doing the BOTS tour. It’s gotten bigger and better every time. What new things can we expect when you make your way through Missouri this June?

Michelle Visage: Well the good thing is I’m 47 and still menstruating - I will be just as feminine as I’ve always been and even just moist as I’ve always been, so no cracks are happening yet. But I will say the first year, three years ago, was kind of experimental in a way. Whoever the promoter was back then, I don’t think they really knew what they had their hands into here. And then last year, year two, was like way more thought out and such good production. We have such a good team and this year we’re actually having rehearsals to rehearse an opening number. We will all be stepping our pussies up, menstruating or not!

MJ: I saw recently on Twitter that you were polling your followers for which Madonna ballad (between “Take a Bow”, “Live To Tell” and “Love Don’t Live Here Anymore”) you’ll be doing on tour. Have you made your decision yet or is it going to be a surprise for us?

MV: (Singing) “Take a bow, the night is over.” I love “Live to Tell” and “Love Don’t Live Here Anymore”, and I love “Rain”, I can go on and on with my favorite Madonna ballads. There’s so many, but “Take a Bow”, here’s my weird Madonna karma that always happens to me. I mean the minute I f*cking say I’m going to do “Take a Bow”, what happens?

MJ: She starts doing it on the Rebel Heart tour.

MV: For the first time in 22 f*cking years, Matt! I mean, what the f*cking hell!? My Madonna karma. I I didn’t make her do it, I didn’t cause her to do it, but she f*cking did it when I was gonna do it! I have the outfit and everything, I’m doing full Madonna.

MJ: You’ve had quite the exciting year. Your book, "The Diva Rules", has been a hit among fans of drag and Drag Race. What’s your reaction to that? 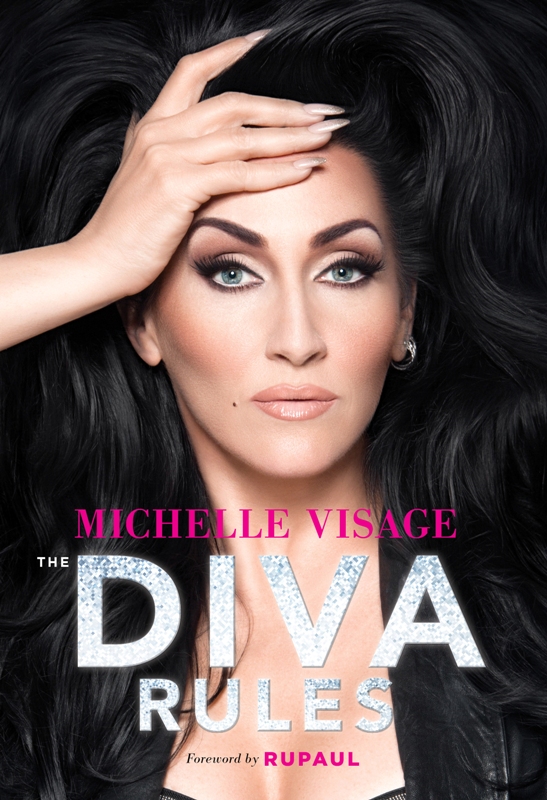 MV: For me, I wrote the book, obviously because it was something I wanted to do, but with hopes to help people and the response has been that. People didn’t know what to expect - they think when they read the book they’d be getting how to put false lashes on, do acrylic nails and how to properly wear glitter. I just didn’t think that was a book they needed. Somebody else can do that. If one of the queens wants to do that, that’s cute and they’ll listen to them on that aspect. For me, it was more of a ‘how I got to where I am within the community and in my life, and how you can get to what you want to.’ All the shit that I continuously still to this day - I’ve been this industry since I was 19 and I’m 47, for me to "constantly battle all the shit that I battle and I’m still here", to quote Elaine Stritch. But it’s true, it’s just like everybody else out there. These kids, they hate themselves - they’re too fat, they’re too short, their nose is too big. I see it with my own children and I think it got me to the point where I said “F*ck this.” I want to speak up and let these kids know that they’re not alone - they’re not that different than anybody else. They can achieve what they want to achieve and they will as long as they start to realize “I’m different but that’s okay.” And I don’t expect this book to get all their issues or whatever, but maybe it can make them look at them differently and go “OK, I have the opportunity to change this. If not now, one day.”

MJ: We have season eight of Drag Race coming this month, what can we expect?

MV: Well, what I can tell you is that season eight is gonna be one of those seasons people are gonna talk about for a very long time. I think a lot of people will think one thing in the beginning, and they’ll want to go on a journey with quite a few of these girls. I know I have. And people that I saw day one and went “this bitch is gonna run shit”, towards the end I’d go “Oh I didn’t see that happening” and vice versa. And especially the people that I counted out - there’s a lot of that this season. It’s a really energetic season, there’s a lot going on. It’s exceptionally tough on these girls, it’s season eight, I’m starting to expect more and I’m not taking any bullshit. If you like when I’m tough, you’re gonna love season eight.

MJ: It looks like you’re going to have a busy spring as well. Ru’s got Gay For Play (premiering April 11 on LOGO) and I’m assuming you’re going to be involved with that too?

MV: Yeah, I am, and I’m so excited for it. *You* in particular are gonna be addicted. You’re gonna love it so much, Matt! I’m telling you, it’s f*cking genius. I thought I had fun on Drag Race - Gay For Play is like, I could do it every day for the rest of my life and be super happy with it.

MJ: Obviously you got me hooked into watching Celebrity Big Brother. What were your thoughts on the series in general?

MV: The general feeling was the first two weeks I was sleeping through it. It was really boring and you know what a good sign is, just FYI: when they’re doing tasks every day, it’s a boring house. Every single day they were doing a task. Every. single. day. So that means there was literally nothing else is going on. And then I think they realized if they started giving them more alcohol, more shit happens. And I think once that started to happen, then it got really fun and really good. I knew going in that Scotty T was going to win because of his Geordie Shore following he brought with him. People’d say “Oh you’ll see, Tiffany’s (“New York” Pollard) gonna win.” I’d say “I’m telling you it’s not gonna happen.” And I love Tiffany and let me tell you something: that bitch knows reality TV. She played that shit to the T like it was chess and checkmate. She knew turn out that night, because that’s the last thing they’re gonna remember. She knew how to play the game, she played them all, she played every one of them, I’m so proud of her. But at the same time I knew she wasn’t gonna win. Stephanie (Davis) was the entire series, there wouldn’t have been a show without Stephanie. Love her or hate her, there would not have been a series without Steph. Besides that, Scottie came in with 2 million followers. Geordie Shore people show the f*ck up. Charlotte won, Vicky won I’m a Celebrity ….Get Me Out of Here!, Scottie won this. That’s what happens when you’re a Geordie fan. But I thought he did a great job.

MJ: Watching him, I knew he had the following, going in. I loved he made his mark, when it needed to be known, and managed to stay out of a LOT of the drama.

MV: I knew he was gonna win, one hundred percent when he went in, and their fans are so loyal. But I thought it was pretty boring till it 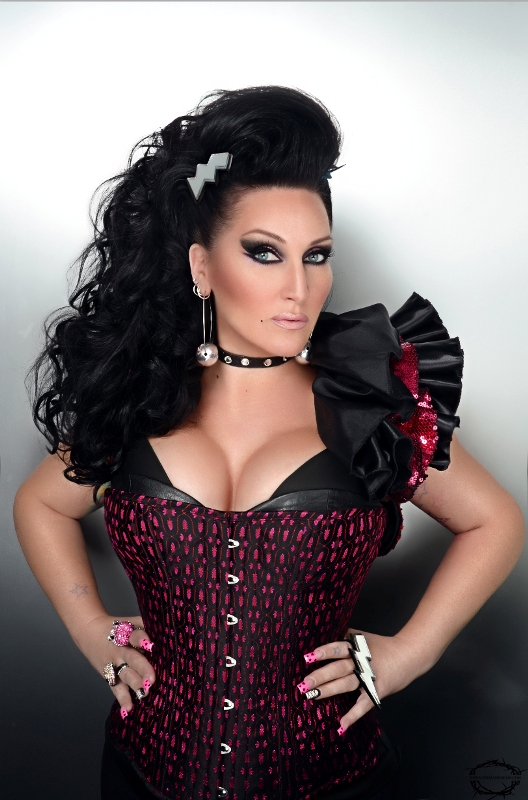 kicked up and I was like “Yeah this is getting good.” And that’s just about the time I went on the [Drag Race] cruise. So I had to do a real quick catch-up so I could do a final ”What the Hell with Michelle?”

MJ: Obviously you’ll be in Los Angeles for DragCon in May. Is there anything you’re looking forward to, going into year two?

MV: The first year of all Cons is when kind of you get all the kinks out. But there really weren’t many kinks - I think it was just smaller. We did it in a small way in the beginning, which was kind of good instead of blowing your load. Now the second year we’re having all sorts of different people on panels, it’s gonna bigger and I think it’s gonna keep growing. And it’s such a good thing for our community, for our artistry, I’m really super excited about it.

MJ: Lastly, is there anything you’d like to say to your fans in St. Louis and Kansas City who are eager to see this tour again?

MV: I’m super excited to be coming back! We didn’t get to see much of either last time; I hope we get to see more this time. But they were super enthusiastic fans of RuPaul’s Drag Race, and thank you so much for keeping the love and the art of drag alive, and for loving what these kids do. We’re so honored to bring it to everyone in the “Mo Mo.”

RuPaul’s Drag Race: Battle of the Seasons Extravaganza Tour hits St. Louis on June 7 at the Pageant, and Kansas City on June 8 at the Arvest Bank Theatre at The Midland. For more information, including links to ticket sales, please visit www.rupaulbots.com.