LOUISVILLE, Ky. - A prominent Louisville physician has sent a homophobic email to the Louisville Ballet in response to two men in the performance of Human Abstract, a story uplifting gay love through dance, and an advertisement showing them holding hands.

The physician, who works at a major research hospital in Louisville, used his name and personal Gmail account to send the email in March of 2018 when the ballet first announced its new season. 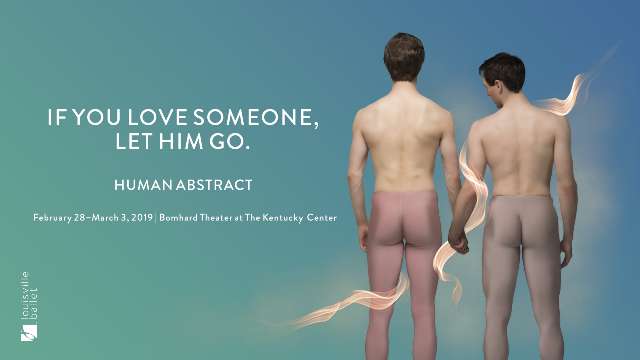 In the email, the physician said such things as the ballet is now promoting “sodomy and homosexuality... perversion, immorality and filth,” as well as calling the ballet “evil” and “sewage.” He even called the dancers in question “sodomites” and the “minions of Satan.”

“Louisville Ballet has long been the subject of numerous hateful homophobic emails and written letters,” said Louisville Ballet Marketing Director Cherie Perez. “The difference is that we now live in a culture where we feel safe to stand in our truth, and our truth is this: we stand for love, acceptance, inclusion, and diversity.”

The Louisville Ballet said in a statement, “Our hope is that whoever you are and whoever you love, you’ll feel celebrated at the ballet.”

“We feel it’s a fundamental part of our mission to express narratives that honor those who’ve constantly fought against bigotry and discrimination."

While the physician sent the homophobic message from a personal email account, it raises the question of how responsible the doctor is with patients who identify as LGBTQ+.

In fact many are calling for the identity of the physician to be released so his employers and colleagues can be made aware of his actions and the risk that he could be impetuous with LGBTQ+ patients.

“He used his own name in this letter, which he sent to a public institution that, presumably, receives public funding. Your decision to protect him is more upsetting than his letter,” one person said online in reaction to Arts Writing Is Dead's decision to withhold the physicians name.

While the Louisville arts blog says it is not for the physicians's anonymity, it decided to withhold his name for legal reasons, and assures that the physician's employers are aware of his statements. No further actions have been taken against the physician.