Lori Lightfoot won in Chicago, Satya Rhodes-Conway won in Madison, and Jolie Justus placed in her primary and will advance to the general

Lesbian mayoral candidates won big victories, on Tuesday, in Chicago, Kansas City and Madison – raising the possibility that the number of lesbian mayors elected to major American cities could triple in 2019.

Lori Lightfoot became the highest-ranking LGBTQ person ever elected mayor of an American city with her victory in Chicago. Satya Rhodes-Conway became the first openly LGBTQ person elected mayor of Madison, Wisconsin, and Jolie Justus placed in the Kansas City mayoral primary and will advance to the general election in June. Justus would be the first openly LGBTQ major city mayor in the American Heartland if elected. 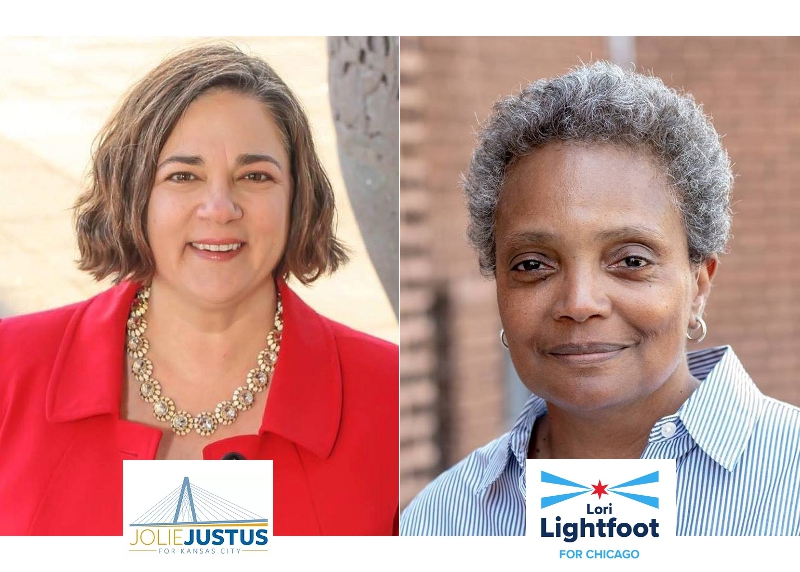 Last month, Jane Castor placed first in the Tampa mayoral election and is the frontrunner for the run-off election on April 23. If victorious, she will be the first openly LGBTQ mayor of a major city in the Southeast.

Only two openly lesbian women have ever served as mayors of a top 100 city – former Houston Mayor Annise Parker, now President & CEO of LGBTQ Victory Fund, and current Seattle Mayor Jenny Durkan. If Justus and Castor win their elections, that will raise the number to six, tripling the number in just one election cycle and making 2019 the Year of the Lesbian Mayor.

“These historic victories leave us well-positioned to make 2019 the year of the lesbian mayor – potentially tripling the number of lesbians elected major city mayors in just one cycle,” said Mayor Parker. “Lesbian mayors bring unique experiences and perspectives to the position that make them more empathetic, principled and values-driven leaders – and voters in cities as diverse as Chicago, Kansas City, Madison and Tampa are clearly responding to that.”