The International Puppy Contest (IPC) was created in November 2011 to celebrate the puppy community. The contest is designed to show the best of the best from around the country and around the world. It’s more than just for a title though, it’s to bring the community together. IPC works hard to promote education, understanding, opportunity and friendship to pups new and old. 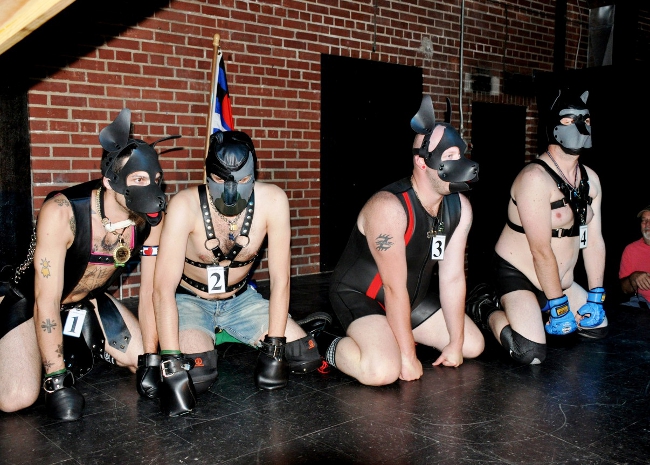 “We moved the contest to St. Louis because it’s easier to get to from around the country,” said Sir Joseph Mastrapasqua, Executive Producer of IPC. “There were more puppies that we were hearing from on Facebook and through emails saying that they wanted to come but it was just too far away for them. If you’re coming from the Northwest it’s easy to get to St. Louis. St. Louis has never had an international contest - let's make it the first."

“What they’re doing is they’re looking for someone who can get out there and represent what the community is about – what it is to be a pup – to educate, bring the community together more, because we’re fairly new,” said Rick Pup Tripp Hutchings, International Puppy 2014.

“When I won it took a few seconds to realize that they called my name,” Tripp continued. “Talk about the deer in the headlights moment and that’s what the pictures showed. Since then it has been the ride of a lifetime, it’s been awesome."

So what exactly is a pup? In short, it’s all about fun.

“We like to get down and act like puppies,” Tripp explained. “For many of us it’s very spiritual, because it’s a part of ourselves, it’s coming out, It’s the way we let go of our two legged concerns for a while and just be in the moment.”

Being a relatively new contest, IPC has parallels to the International Mr. Leather Contest (IML), but according to organizers it’s more than a competition. The goal is to grow it into a destination event.

“We’re looking to try to turn this into – not an IML event – but more of a CLAW [Cleveland Leather Awareness Weekend] event with the contest,” Mastrapasqua concluded. “The weekend that we do – IPC is not about the contest, we’re about having fun. We have all kinds of things going on from raffles to puppy ho-downs to puppy pool parties – so that’s what we’re all about. The contest is just the icing on the cake and the contestants are more at ease because of that.”

Cleveland Leather Awareness Weekend is an annual charity leather event in Cleveland, with different warehouse parties, auctions, fetish parties, a vendor mart, field trips and banquets. International Mr. Leather is an international conference and contest of leathermen held annually in May since 1979 in Chicago, Illinois.

International Puppy has several qualifying contests beneath it, including Midwest Puppy (held at Bad Dog) produced by Christopher “Tyger” Roth (also an Executive Producer of IPC) and his partner, pup Boo. Midwest Puppy Contest is a 13 state regional puppy contest for those who are puppy and pet at heart.