In Celebration of Marriage Equality: Each New .LGBT Name Donates $20 to the It Gets Better Project

Aflilias, the operator of the .LGBT (dot LGBT) domain registry, announced on Sunday the launch of the .LGBT Pride Program in celebration of two recent victories for LGBT equality: the U.S. Supreme Court’s landmark ruling legalizing same-sex marriage in all 50 states, and Ireland’s legalization of same-sex civil marriage via popular vote.

Accordingly, the Dublin based company will be donating $20 for each new .LGBT web address registered from today through Oct. 11, 2015 - National Coming Out Day - to the It Gets Better Project.

Launched in February, .LGBT is the new and the only top level domain (TLD) designed to serve the lesbian, gay, bisexual and transgender (LGBT) community. There are currently over 1,000 .LGBT domains online ranging from advocacy groups, business and 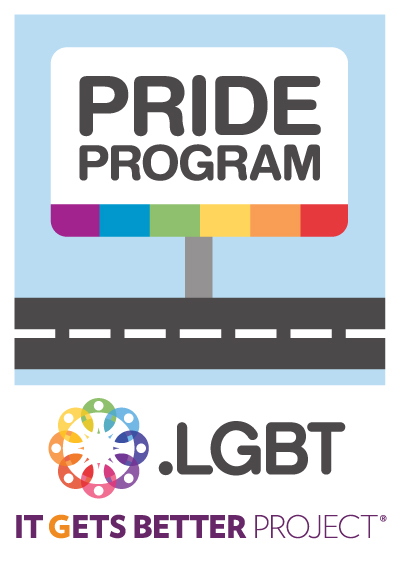 “The new .LGBT Internet address has been about inclusion from the start. And with great news about marriage inclusion and equality on both sides of the Atlantic, now is the time to celebrate,” said Roland LaPlante, Chief Marketing Officer of Afilias. “During our Pride Program celebration, we are dedicating a portion of .LGBT sales revenue to the It Gets Better Project, a community initiative that has helped so many LGBT teens navigate the difficult time of adolescence.”

The It Gets Better Project is one of the most influential voices in the global LGBT community helping LGBT young people struggling with issues surrounding their sexual orientation and/or gender identity by communicating that it does get better, and to create and inspire the changes needed to make it better for them. Since its inception, more than 60,000 user-generated, hope-inspiring videos have been submitted to the Project which have collectively generated over 60 million views.

“The .LGBT team is thrilled to be working with It Gets Better,” said Brett Samuels, brand manager of .LGBT. “The launch of an entire Internet domain dedicated to LGBT people is just further proof that it can get better for our community when we all work together in an inclusive and caring manner.”

#Boom Magazine was one of five pioneer sites on both sides of the Atlantic to first migrate to the .LGBT domain.

The .LGBT domain has an acceptable-use policy that provides protections from possible misuse of this dedicated web space. For details of the .LGBT Pride Program, please visit: www.ItGetsBetter.lgbt