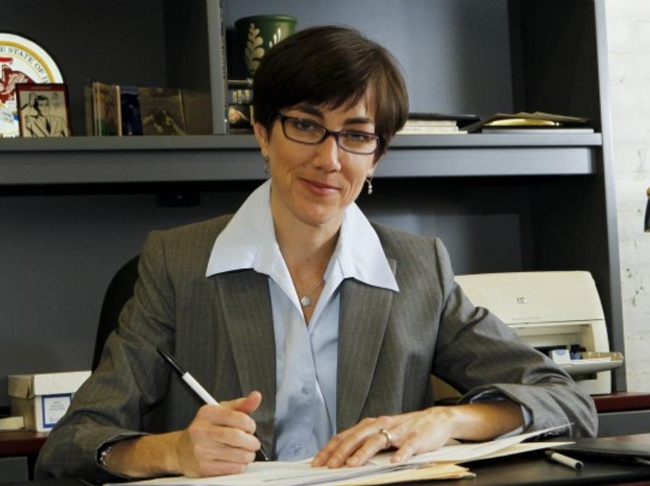 SPRINGFIELD, Ill. — A bill that would prohibit the use of controversial gay-to-straight conversion therapy on LGBT youth, has been introduced in the Illinois state legislature.

The “Conversion Therapy Prohibition Act” (HB 5569) was introduced in the state House by openly gay state Rep. Kelly Cassidy (D-Chicago.) The bill provides that no mental health provider shall engage in sexual orientation change efforts with a person under the age of 18.

“Rep. Cassidy’s bill to outlaw conversion therapy is not only welcomed, it is direly needed,” said Rick Garcia, longtime LGBT rights activist and political director of The Civil Rights Agenda.

Conversion (also referred to as “reparative”) therapy begins with the premise that homosexuality is an illness, a pathology in need of a “cure.”

“This bill would ensure that the most vulnerable individuals, those already struggling in the face of homophobia and transphobia, are not targeted and subjected to a practice that medical practitioners deems harmful and inappropriate,” said Bernard Cherkasov, CEO of Equality Illinois.

“Mainstream, responsible therapists have long realized this and conversion therapies have been debunked,” added Garcia. “The Illinois legislature should act swiftly so that gay people, especially gay youth, are not victims of these harmful practices.”

Both California and New Jersey have banned the treatment but legal challenges followed shortly after the bills were signed into law.

California’s ban was upheld at the federal level, and by a three-judge panel of the 9th U.S. Circuit Court of Appeals, but has since been put on hold pending an appeal to the U.S. Supreme Court.

Another federal judge has upheld the New Jersey law.

Similar legislation has advanced in Washington state, but was killed in Virginia.

Bill are also pending in Maryland, Massachusetts and Pennsylvania.

UPDATE: HB5569 failed in the Illinois state House, April 10. The Sun-Timesreported that 22 House members didn’t vote on the measure, either because they chose not to or decided to begin their two-week break early Thursday. Lacking a required 47 votes, Cassidy was unable to keep the bill alive.