Actress and transgender advocate Nicole Maines and National Black Justice Coalition (NBJC) Black Youth Advocate and Ambassador Camika Shelby will also be honored at the conference for their work on behalf of the LGBTQ community -- particularly LGBTQ young people. 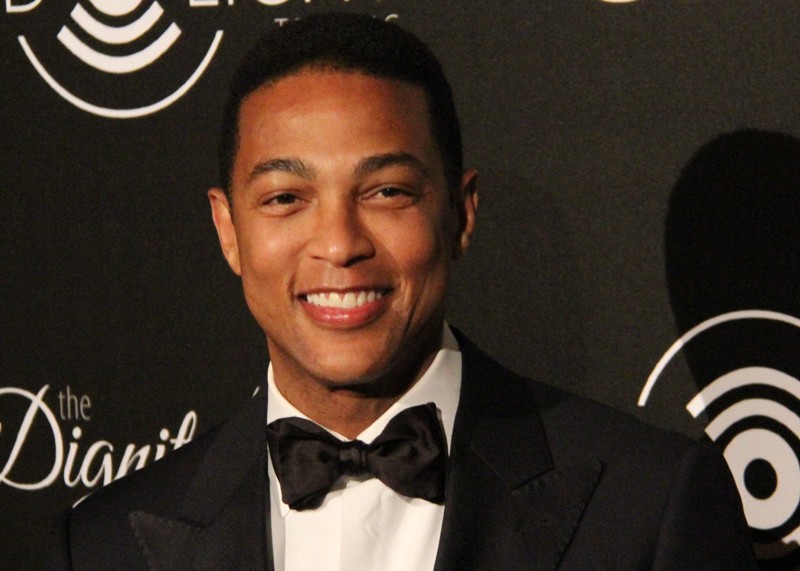 “Don Lemon has been an outspoken voice for the LGBTQ community in the media and beyond for many years, and we could not be more proud to honor him at this year’s Time to THRIVE,” said HRC President Alphonso David about the St. Louis native. “His tenacious reporting and dedication to telling stories that matter, as well as his commitment to holding politicians and public officials accountable, are invaluable qualities in today’s news cycle. As one of the most recognizable individuals on television today, Don serves as an inspiration to LGBTQ young people across the country.”

Lemon, who came out publicly as gay in his 2011 memoir Transparent, joined CNN in 2006 after working as correspondent for NBC News in New York City, and at major NBC affiliates including in Chicago, Philadelphia and St. Louis. He has covered presidential elections, reported and anchored breaking news stories ranging from the Pulse Nightclub shooting in Orlando to Arab Spring, and reported for the CNN documentary Race and Rage: The Beating of Rodney King. Lemon’s work has been recognized with multiple Emmys and an Edward R. Murrow Award; Ebony magazine has named him one of the most influential Black people in America.

Maines, currently starring as Nia Nal/Dreamer, the first trans superhero on television in the CW’s “Supergirl,” has been an advocate for the transgender community from a young age. In 2014, she won a landmark State Supreme Court decision against the Orono school district in her home state of Maine -- the first time a state’s highest court ruled that a transgender person has the right to use the restroom that matches their gender identity. Maines is continuing to take her fight for trans visibility and equality to the next level.

“Nicole Maines has been breaking down barriers and blazing a trail for transgender youth for years,” said David. “It’s no surprise that she is continuing to create change and, through her visibility, inspire LGBTQ youth across the nation to be proud of who they are. We are thrilled to honor her at this year’s Time to THRIVE.”

Shelby is the mother of Nigel Shelby, who died by suicide last April at age 15. Nigel struggled with depression, and had also faced homophobic bullying for being gay. Since her son’s death, Shelby has been working with the National Black Justice Coalition to raise awareness of the mental health needs of Black LGBTQ young people, and to end the stigma around talking about LGBTQ issues in Black communities.

“In just a short time, Camika Shelby has emerged as an incredibly strong and vocal advocate for LGBTQ young people, especially Black LGBTQ students, who are facing mental health struggles,” said David. “We are incredibly grateful for her leadership in speaking forcefully and persuasively for those who deserve to have their voices heard. We are proud to have the opportunity to honor Camika and her work this year.”

HRC’s Time to THRIVE Conference is the premier event to promote safety, inclusion and well-being for LGBTQ and questioning youth. The event brings together a wide range of youth-serving professionals to discuss best practices for working with and caring for LGBTQ youth and their families in schools, community centers, health care settings and beyond. It is co-presented by the National Education Association and the American Counseling Association. BBVA Compass, AT&T and Toyota are presenting sponsors of the event.

The Time to THRIVE Conference features 65 workshops by more than 45 national and grassroots organizations dedicated to improving the lives of LGBTQ youth. HRC’s Youth Ambassadors will also be featured at the conference. Additional speakers and honorees will be announced at a later date. To register, visit www.TimeToTHRIVE.org.