WASHINGTON, D.C. -- Today, the Human Rights Campaign (HRC), announced that HRC President Chad Griffin has informed the Board of Directors that he will depart the organization in 2019, after seven years leading the nation’s largest lesbian, gay, bisexual, transgender and queer (LGBTQ) civil rights organization.

Under Griffin’s leadership, HRC has become a leader in the resistance to the Trump-Pence administration, and one of the most politically powerful organizations in the country. HRC has doubled its membership, staff and budget to meet its expanded goals and opportunities. During Griffin’s tenure, HRC has led efforts to win marriage equality, introduce the Equality Act which would establish explicit federal civil rights protections for LGBTQ people, launched the largest grassroots expansion in the organization’s 38-year history ahead of the 2018 midterms, and established new programs to expand protections across the Deep South and around the globe. While HRC’s Board of Directors leads a search process for the next president, Griffin will remain in place to ensure a seamless, smooth transition. 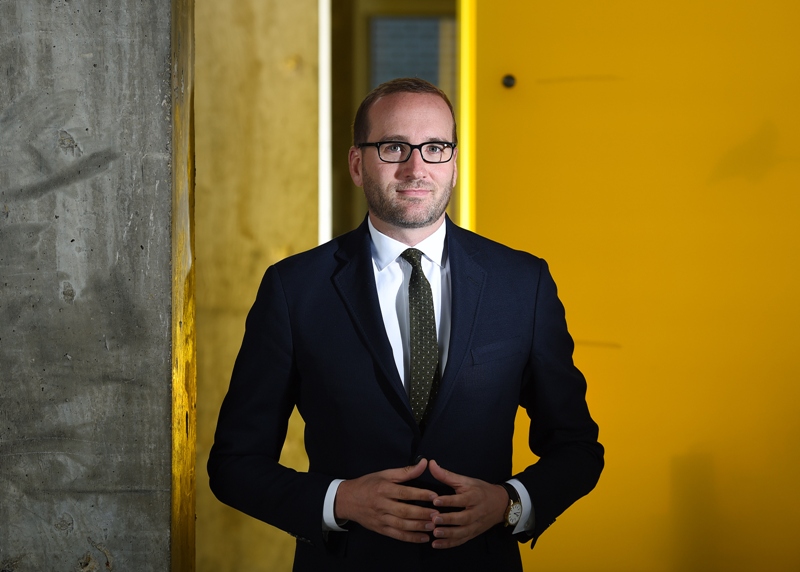 “I am so grateful to have had the opportunity to be a part of this incredible organization at such an important moment in the history of our movement -- and our nation,” said HRC President Chad Griffin. “The true strength of the Human Rights Campaign is in its fearless army of staff and volunteers, who are committed to ensuring full equality reaches every LGBTQ person across America, and around the world. For decades, this organization has shown the world that love conquers hate. But this year, in this election, with the future of our democracy on the ballot and the equality of future generations on the line, we proved that votes conquer hate, too.

“Every single person across this country deserves an equal opportunity to succeed in life, without having to overcome roadblocks put in place by politicians advancing a discriminatory agenda. Even as I step down from my role in this remarkable organization, I remain committed to HRC’s mission and will continue to fight for the rights and dignity of LGBTQ people -- and all Americans -- as I embark on this next chapter. So now is the time to fight harder and dig deeper. Because there are still more trails to be blazed. There is still more history to be made and more battles to be won. The LGBTQ community’s brightest days and our grandest victories are still ahead of us.”

The HRC Board will work to establish an executive search process for Griffin’s successor over the coming weeks.

HRC Board Chairs Vanessa Benavides and John Ruffier said in a joint statement, “For seven years, Chad Griffin has led the Human Rights Campaign through an incredibly crucial period in our history while building our political influence and momentum for LGBTQ equality. Thanks to Chad, his leadership team and incredibly talented staff, HRC has never been stronger or better positioned to make progress than it is today.”

HRC Foundation Board Chairs Charlie Frew and Deb Taft said in a joint statement, “Over the last seven years, Chad has expanded the reach of HRC’s key programs to those who need it most. Under his leadership, HRC has made tremendous progress to expand LGBTQ equality in schools, workplaces and communities across the nation and around the globe.”

Under Griffin’s leadership, HRC has doubled its membership from 1.5 million to more than 3 million, and has vastly expanded its electoral influence, becoming one of the most powerful and highly influential political operations in America.


In response to the 2016 election, HRC launched HRC Rising, a $26 million investment in the largest grassroots expansion in its 38-year history to recruit volunteers, mobilize constituents, register voters and grow the organization’s grassroots army. In the 2018 midterms, HRC endorsed more than 480 pro-equality candidates nationwide, and deployed 150 staff to organize and mobilize voters in more than 70 congressional, targeted Senate and other key races across 23 states. HRC also backed more women and people of color than in any election cycle in its history: 45 percent of HRC’s endorsees were women — including 55 percent of non-incumbent candidates — and nearly one-third were people of color. HRC made particularly significant investments in six key states: Wisconsin, Arizona, Nevada, Ohio, Pennsylvania and Michigan, with an eye toward building organization and infrastructure for 2020 and beyond. In the six states alone, all six Senate races were won and picked up seven new pro-equality members of the House.

In the months leading up to Election Day, Griffin barnstormed the country, campaigning for 50 pro-equality candidates at more than 70 events in 47 cities across 23 states. HRC invested millions in targeted GOTV advertising, mail and direct communication, and grassroots efforts, registered more than 32,000 voters, held 2,200 GOTV events, and knocked more than 100,000 doors over the final days of the election. Exit polling shows that more LGBT voters turned out for the 2018 midterms than in the 2016 midterm elections -- with 7 million LGBT people casting ballots and providing the margin for victory in narrow races across the nation.

In 2014, Griffin oversaw the launch of two transformational new initiatives to expand the reach of the organization’s work: Project One America, a campaign to dramatically expand LGBTQ equality across the Deep South through permanent campaigns in Mississippi, Alabama and Arkansas; and HRC Global, which has leveraged HRC’s domestic work to expand the global equality movement. Previously the work of the Human Rights Campaign was focused exclusively on domestic advocacy.

HRC was also at the forefront of the fight for nationwide marriage equality, marshaling millions of dollars and successfully organizing to secure equal marriage rights legislatively and at the ballot box. HRC co-chaired the Respect for Marriage Coalition which organized around the Windsor and Perry cases in 2013, and launched an historic “People’s Brief” in support of Obergefell with more signatories than any Supreme Court amicus brief in history.

Prior to joining HRC, Griffin worked at the intersection of Hollywood and politics, running the successful political and public affairs firm, Griffin|Schake, with business partner Kristina Schake. Griffin led high-profile campaigns around renewable energy, land conservation, stem-cell research, early childhood education, anti-tobacco and of course, marriage equality. He represented and advised high net-worth individuals, families and foundations, as well as some of the nation’s most prominent leaders in the entertainment community, in their political and philanthropic endeavors.

A native of Hope, Arkansas, Griffin got his start volunteering in 1992 at the Clinton Campaign headquarters in Little Rock, working in the press office as Dee Dee Myers’s intern. He then began working in the West Wing press office of President Bill Clinton’s White House at the age of 19, becoming the youngest West Wing staffer ever. He is a graduate of Georgetown University’s School of Foreign Service.