The Boulet Brother’s Dragula is back for a highly anticipated third season with more filth, horror and glamour than ever. On August 27, season three will launch exclusively on Amazon Prime Video in the United States and 63 countries around the world. The show will also air on cable channels OutTv in Canada and TVNZ in New Zealand.

Dragula is a drag competition that focuses on these elements to crown the world’s next super monster. Each episode, the contestants perform in challenges that include reenacting the death of the Wicked Witch of the West, designing an entire zombie look, or acting in a scream queen horror scene.

From there, contestants the judges want to see more from perform in extermination challenges, which show your dedication to the horror-themes of the show. If you don’t please the judges, you get “exterminated” by the Boulet’s in a variety of colorful ways - anyone fancy getting stabbed with a chainsaw?

Dragula features some of the most speculated names in their show’s line up, including Landon Cider, Evah Destruction, Maddelynn Hatter and St.Louis’ own Maxi Glamour, the whimsically delirious demon queen of polka and baklava. Glamour is the first performer from St. Louis to appear on a major televised drag competition.

#Boom had the opportunity to talk to Glamour about their experience on the show, how their drag has evolved their career - and even elicited some spoilers (!!!) on the newest season.

#Boom: How was the experience of Dragula?

Maxi Glamour: Absolutely nuts! It really was a physical and emotional journey that I'm not sure most people at home are aware of. You isolate yourself from everything you know to focus totally on this competition. A lot of labor from a lot of people went into the filming in the show and you'll see that as the show debuts.

#B: What attracted you to Dragula?

MG: The show is about monsters and alternative drag. That's kind of been my schtick since the beginning. I saw season one and was like, wow that's awesome, that's right down my alley. Then I looked at season two’s audition process and thought about it heavily but didn’t apply. Season three's applications came out and I felt like there was enough time waiting and applied.

#B: You were one of the most speculated cast members, how was that?

MG: Well I already knew I was on once the cast was speculated. I was reading those Reddit comments and was like, “Yep, you're right, I am on.” Those Reddit sleuths really are so good at figuring out things. Really, they should be employed by an espionage force the way that they find information like that is uncanny. Send them an application to work in the CIA.

#B: You’re also already speculated in the top on Reddit...

MG: Being speculated years before I was cast was definitely a shock. But in reality, the scene of well-known weirdo drag performers isn't that huge so to be part of the speculated cast year after year wasn't a shock. 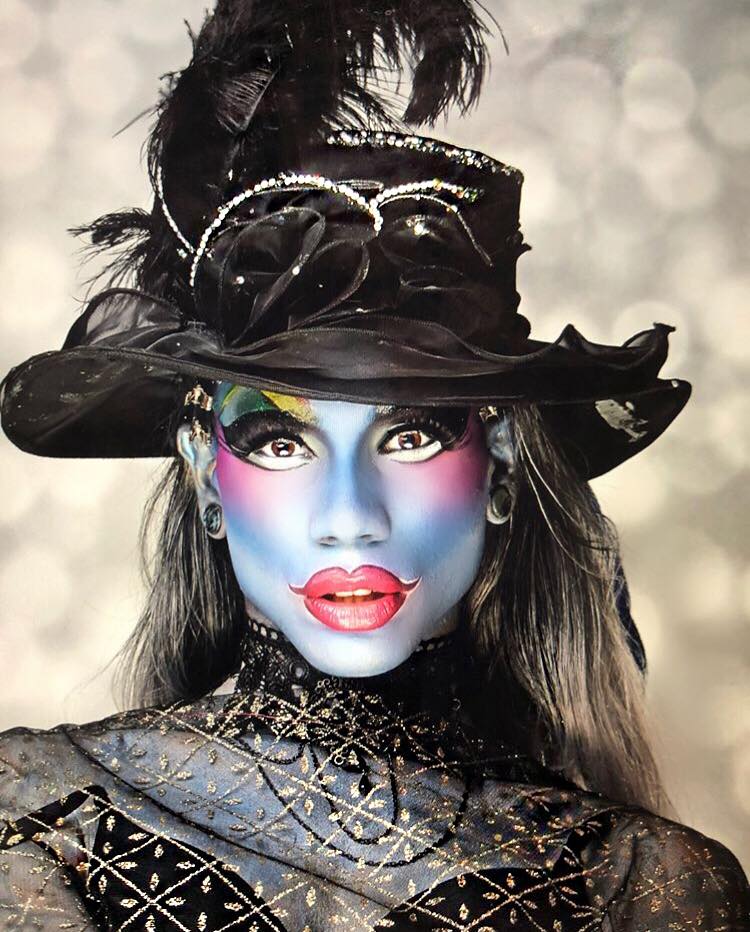 #B: Tell me about first seeing the Boulet Brothers.

MG: It was such a shock seeing them on set for the first time. They have this monstrous way of demanding attention in a room. When they're there with you in a setting you can't help but notice their presence. Honestly, I was scared shitless the first time I met them at a show years ago [and] I’m still scared shitless now, even though I'm part of the Dragula family. They're pretty much my serial killer parents that I don't want to upset or you will find my body at the bottom of a river.

#B: Some of performers go on these shows for publicity, so even if you don’t snatch the title, how is the publicity going to change your career?

MG: I definitely have been seeing a spike in publicity. Doors that I never thought would be available for me have been propped open. I've always been a very career-oriented person and making drag a huge focal point of my life. Now I can charge more for acts, spend more on costumes, and do what every bottom wants to do and top myself time after time as I'm on this incline of growth. I'm excited to work with new photographers, producers, and travel to places I never thought I'd go to.

#B: There are a lot of notable performers on this season (Landon Cider, Maddelynn Hatter, Evah Destruction), how was it having all that energy around you?

MG: There was so much energy from everyone. It was a lot of emotions, big egos, and even humbling moments of camaraderie where we learned a lot about how drag impacts our lives and how our lives impact our drag. 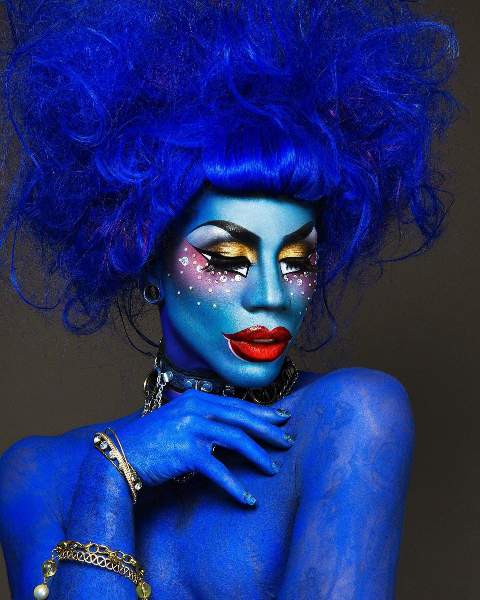 #B: Was there any drama with any of them that you can share or was it a “Season 3” family like a lot of shows have?

MG: Yes and yes. As in any family, there was love and bonding but also friction and turmoil. We all certainly love each other a lot and we've bonded pretty tight. With that being said, we almost killed each other on the way to the crown.

#B: Do you think Dragula has changed drag?

MG: I think that Dragula shines a light on the underbelly of the counterculture of drag. There are powers that be in the industry that wants to keep the heteronormative hyper conforming members of the community in the spotlight. And I think Dragula is the antithesis of that which is why I admire it.

#B: With Drag Race being the biggest name in drag television and winners such as Sharon, Alaska and Yvie, do you think the punk and grunge drag style has become more accepted?

MG: I've been in the scene for a long time. I remember when Sharon won and people [felt they] can be weird and it’s okay. I remembered that shift in the paradigm where people stopped trying to look like homogenous pageant queens who’s aesthetical variances were like splitting hairs.

I do believe with more different types of drag getting more visibility, you can see people conforming to that. Once people see something done and it achieves success they subscribe to it. I remember years ago a producer here in St. Louis told me that they couldn't book me because no one would understand my drag. Now that same person is telling people to do what I do to be successful. It’s weird seeing that come full circle.

#B: You’re a very humble performer; you’re charitable, but that’s not the filth, horror and glamour that an audience will expect to see. Tell me about that. Do you think that’s a part that fans won’t expect?

MG: I think that there's a balance of humility and pride that need to be put into place. You should acknowledge the fact that everything that you spent this time building can just disappear. While yes, I can be a diva, I definitely admire altruism and try to incorporate it in some manner to everything that I do. In the end I intend to use drag and art as a platform for social change. If you didn't expect that then you haven't been paying attention this whole time.

#B: Finally, are you ready for this journey?

MG: I'm not quite sure. You know, this is certainly a weird place to be in - I'm the first drag performer from St. Louis to be on a show like this and it's really new territory for me and the city. There's only time before someone else makes it to Dragula, Drag Race, Camp Wannakiki, or any of the surplus of shows meant to exploit - I mean - showcase our talents.

Honestly, I've been in the club and party scene for 15 years creating this character and extension of my identity. I told myself when I was in high school that I was going to be part of an internationally touring group of club kids or a college professor of linguistics and foreign language. I've kind of prepped my whole life for what's to come, but yet the whole aspect of actually "being ready" is still in question. I'll just apply my resourcefulness to the situation and see how it goes.

#B: Oh, any one more thing; any spoilers?

MG: The budget is bigger and better than the first two seasons combined.