ST. LOUIS, Mo. - This week Explore St. Louis launched the second phase of its award-winning ‘In the Know’ TV campaign that features acclaimed actor and entertainer, John Goodman, touting the St. Louis food and music scenes. The campaign debuted in 2017 with a series of spots featuring Sterling K. Brown that sets out to highlight St. Louis’ lesser-known aspects that make the region special. 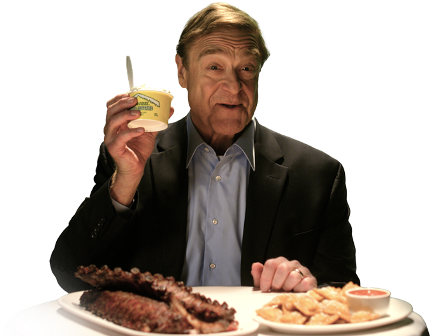 “We are thrilled that John is joining Sterling in telling St. Louis’ story through the ‘In the Know’ campaign,” said Brian Hall, Chief Marketing Officer, Explore St. Louis. “Not only have these spots received national and international recognition, they’ve provided a new platform to reach extended audiences with fresh messages about what St. Louis has to offer visitors.”

“St. Louis is always in my heart and great place to come back to,” said Goodman. “It’s a great destination on its own. Every time I come back there is something new. I don’t know if it’s a well-kept secret, but it seems like one.”

In an effort to give back to the community, Goodman has donated his compensation to the SSM Health Cardinal Glennon Children's Hospital. The donation will help support this not-for-profit, 195-bed inpatient and outpatient pediatric medical center in St. Louis, which specializes in neonatology, cardiology, pediatric and fetal surgery, and cancer services.

“Don’t ever think you’ve got it rough, because the kids at Cardinal Glennon got it ten times worse and they are handling it better than I ever would. That really impressed me,” added Goodman.

Explore St. Louis would like to thank all those who contributed to the production of these commercials, including the families of music legends Miles Davis and Chuck Berry, as well as several local restaurants, including: Ted Drewes Frozen Custard, Pastaria, Sardella, Nathaniel Reid Bakery, Russell’s on Macklind, Pappy’s Smokehouse, Piccione Pastry, Vicia, Union Loafers and Union 30 at Hotel Saint Louis.

To view the commercials and learn more about the ‘In the Know’ marketing campaign, visit explorestlouis.com/InTheKnow. Stay tuned in the coming weeks as Explore St. Louis debuts several more ‘In the Know’ spots featuring well-known, St. Louis-proud celebrities.