A Conversation with Suzy Patz, Founder & CEO of Love Out Loud

If you were to look at Suzy Patz, you wouldn’t initially be intimidated - small stature, a big smile on her face - but if you knew what she’s been through, what she’s overcome, and what she’s doing now, you might just call her iconic.

The Davis, California native took an unconventional road to starting her business, Love Out Loud. 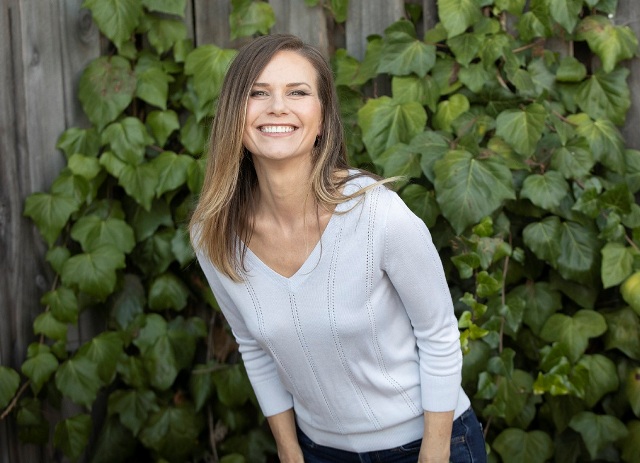 Imagine for a moment the possibilities if you were able to reset your mind. The intrusive fear and powerful doubt that incessantly increases over time to protect ourselves from possible failure, would suddenly disappear. An immunity from hesitation to live your life. I have never known anyone that has experienced change or growth quite like this until I spoke with Suzy Patz.

The idea for Love Out Loud was born from this fearless mindset.

The spark that lit the flame came from an early morning interaction in 2019 with a sarcastic valet in Los Angeles who may have also been moonlighting on weekends as a comedian (The Comedy Union club IS just down the street).

“Smuggling a body?” the valet asked upon seeing the enormous size of Patz’s suitcase and hearing that she had only stayed for one night. “Bodies.” Patz returned, smiling. “I was so nervous about a speaking engagement that day and with that one unexpected, totally off-color comment, he completely lifted those nerves.” Patz tipped the valet $20. “He then ran up, knocking on the window of my car to let me know I’d tipped him $20. When I told him it was intentional, he was so surprised, he thanked me profusely, and offered to run to get me a coffee at Starbucks!”

Patz recognized the incredible power, in that moment, they both had to positively impact each other’s lives.

“We so often like the posts on social media of people doing good, our hearts swell as we watch the videos, but as we go about our regular days, get caught in the grind, we forget. We forget to connect with each other, create those little, simple moments that have such a big impact.” says Patz. “That interaction was my a-ha moment.”

The mission of Love Out Loud is to change the conversation people have with themselves. To help people see each other as opportunities for kindness, not obstacles to move around. It is an idea born without fear, without doubt, with endless possibilities, from a woman who believes we can change the world one small act at a time through gifts familiar to all of us - kindness, community, and love. “We will do this by providing a mobile application experience that includes one of the most current and effective forms of encouraging connection and interaction globally. We are here to positively and significantly impact how people see themselves, those around them, and empower a nonprofit’s ability to generate donations and visibility with ongoing engagement.”

Only from tragedy do true flames rise.

What the valet hadn’t known was the reason WHY Patz’s suitcase was so large. “A year and a half earlier I had suffered brain damage. I went out for a run and a young man, who was distracted driving, hit me with his car. Two brain hematomas and a cracked skull. It has been a difficult and long recovery. The huge suitcase was because of my challenge with sleep. I take a large fluffy blanket with me everywhere! But again, he didn’t know that, and it was actually nice to have someone make the giant suitcase situation funny…because it was!”

Brain injury was a life reset for Patz. She came out a different person. “I was still me on some levels, but with a drive I’ve never known before. With a purpose I had never realized before. I now understood how to get things done and keep going when things got tough. I went from hiding behind a desk, to speaking in front of groups of up to 500 people. Nothing stops me now. I was given the chance to be reborn at 41 years old. I took it and have been running with it ever since.” 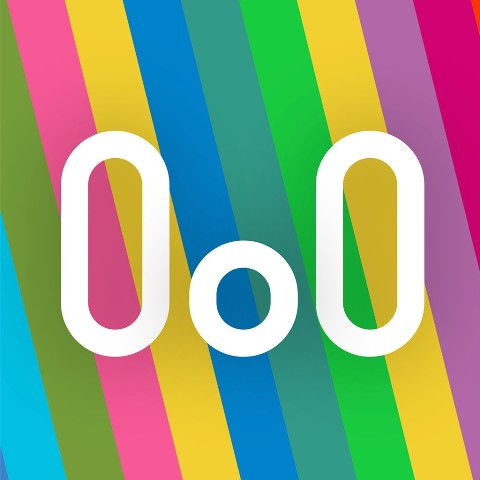 This year, the goal of Love Out Loud is to partner with over 100 charities nationwide and create a community of 24,000 people. Patz has had conversations with festival organizers to bring her disruptive community of goodness and infuse upcoming outdoor events this summer. At such a perfect time, too, as things are opening and people need a little additional support in re-learning how to interact with each other again! Love Out Loud will also be engaging the local and favorite charities in the communities for these events. The ripple just continues.

Love Out Loud creates an open source for everyone to find causes they want to give back to all in one place, virtually, an App Store for nonprofits. “Often when people donate, they immediately go to charities they are familiar with, out of convenience or even habit. Love Out Loud will provide visibility to LGBTQ charities that may previously have been underserved or not on someone’s radar.”

“We are big believers that love is love. As a gamified goodness app, we are finding our main audience is Gen Z and Millennials. They are the most diverse generations in American history and are consistently pushing for inclusion and diversity in brands and companies. These generations will be the true heroes for LGBTQ inclusion and community, and we are happy we can give these changemakers a platform that allows them to further their message.”

Each time someone posts their good deed in the Love Out Loud app, the company gives money to charity. The company then tallies all the charity totals at the end of each month and sends a check to the respective organizations. “A question everyone seems to have is ‘where does the money come from’. Fortunately, we aren’t the only ones passionate about spreading the good.” Love Out Loud is funded by people who want to see good go global, both individual and corporate parties. In fact, you can give on their website at any time, or reach out to Love Out Loud if you want to be a part of their mission: http://www.loveoutloud.app.

LGBTQ charities looking to be a part of Love Out Loud can email wewill@loveoutloud.app. Every charity represented will be confirmed through Benevity, a company that has vetted over 2 million nonprofits worldwide.

As Patz reflects on the past few years of her life, she recognizes the gifts she’s been given. Four years prior to brain damage, she was diagnosed with an aggressive cancer, resistant to chemo, that only 3% of the population will get - triple negative breast cancer. “It was a great challenge and it set me up for the strength I would need to get through the months/years after brain damage. I am grateful for both. In fact, it’s because of brain damage, getting hit by a car, that I’m able to do what I’m doing now.”